Kareena And Karisma Kapoor's Family Holiday Portrait Is All About 'Love'

The Kapoors are giving us major vacation goals 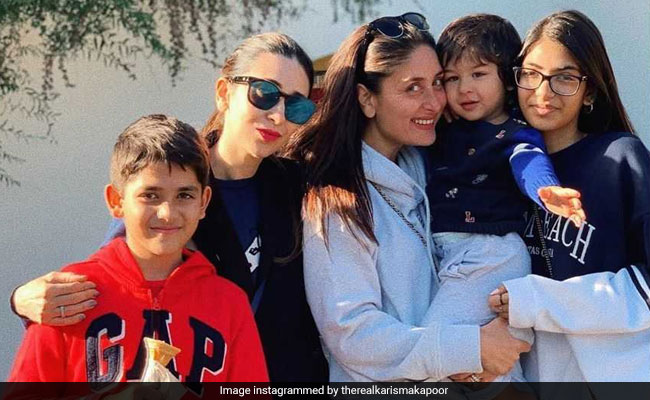 Kareena Kapoor managed to scoop some time off her busy schedule and is currently on a vacation in Europe along with her son Taimur, her sister Karisma Kapoor along with her daughter Samaira and son Kiaan Raj Kapoor. The sister duo can be seen happily posing for the camera in the picture. Kareena, carrying Taimur in her arms, looks pretty in a white sweatshirt while Karisma can be seen wearing a black trench coat. The picture received over 1 lakh likes on Instagram. Karisma captioned the post "love" and she accompanied it with a heart emoji.

Meanwhile, Karisma Kapoor treated her Instafam to another adorable picture. The picture featured Kiaan Raj Kapoor and Taimur walking hand-in-hand. She captioned it: "Brothers. My loves." The picture was shared by Karisma on her Instagram story. This is what we are referring to: 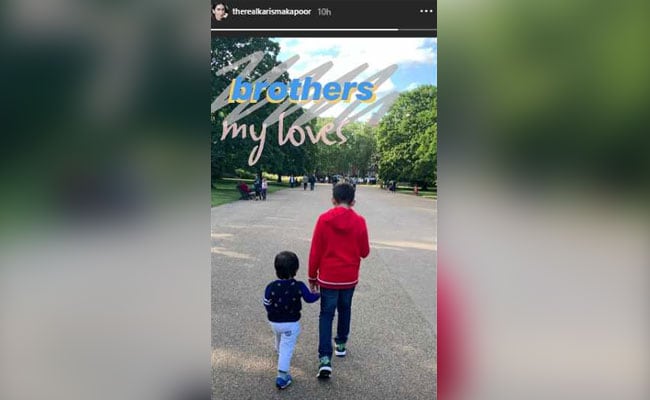 On Friday, pictures of Kareena and Saif Ali Khan, exploring the streets of London, were shared by several fan clubs on social media. In the videos, Taimur could be seen enjoying a piggyback ride on his father Saif's shoulders. This is what we are talking about:

On the work front, Kareena Kapoor has a busy year ahead. She will soon be seen as one of the judges on the TV reality show Dance India Dance. Her line-up of films includes Good News, co-starring Akshay Kumar, Diljit Dosanjh and Kiara Advani. She also has Angrezi Medium, alongside Irrfan Khan and Karan Johar's Takht in the pipeline.