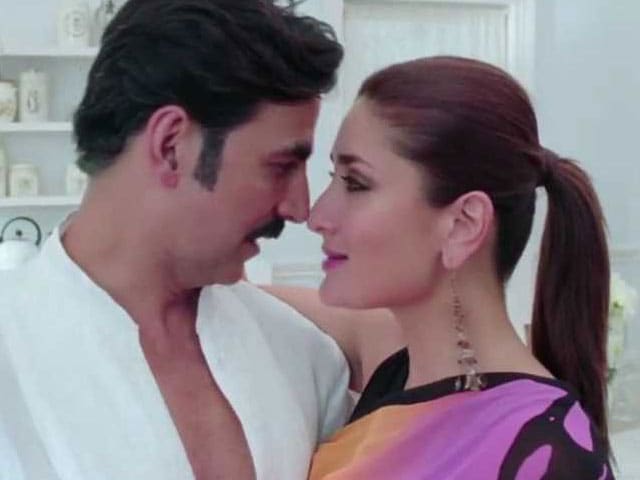 Actor Akshay Kumar takes romance to a whole new level with Kareena Kapoor in the new song Teri Meri Kahaani from the upcoming film Gabbar Is Back.

The song opens with a jubilant Akshay enjoying the rain, soon to be joined by sultry Kareena Kapoor, making a special appearance in the film. When she does arrive, in a nifty car-to-car swap, Kareena adds a playful vibe to the song.

The couple are also seen enjoying each other's company over drinks and while playing Holi, in the catchy number sung by Arijit Singh and Palak Muchal.

The melodious track is composed by Chirantan Bhat.

Promoted
Listen to the latest songs, only on JioSaavn.com
Gabbar Is Back, directed by Krish, stars actress Shruti Haasan as the female lead. Chitrangada Singh also makes a special appearance. It releases on May 1.