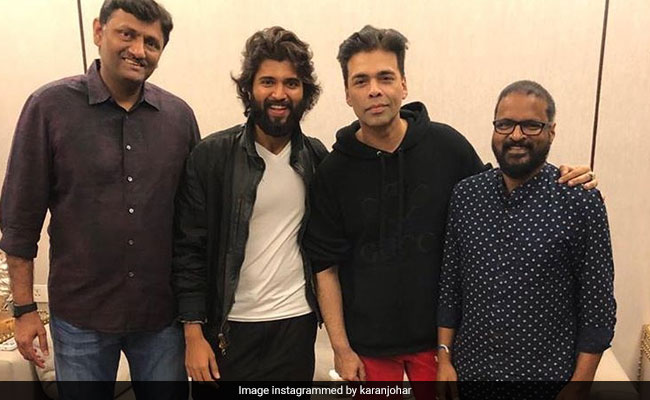 Karan Johar, who attended the screening of Dear Comrade a few days ago, shared the news of his association with the project on social media. An excerpt from his post read: "Glad to announce that Dharma Movies will be producing the Hindi remake of Dear Comrade. Super excited about this."

Dear Comrade features Vijay Deverakonda and Rashmika Mandanna in the lead roles. The film has been directed by Bharat Kamma. As of now, the cast for the Hindi rendition of the film has not been announced.

On the work front, Karan Johar's last project as a producer was Student Of The Year 2. Besides Dear Comrade, the filmmaker will also be producing Dostana 2, Good News, Drive and Brahmastra. He will also be directing the period drama Takht, starring Ranveer Singh, Kareena Kapoor, Vicky Kaushal and others.