Karan Johar was trolled on Twitter over Kesari vs Zero tweet. Shah Rukh Khan came to his rescue 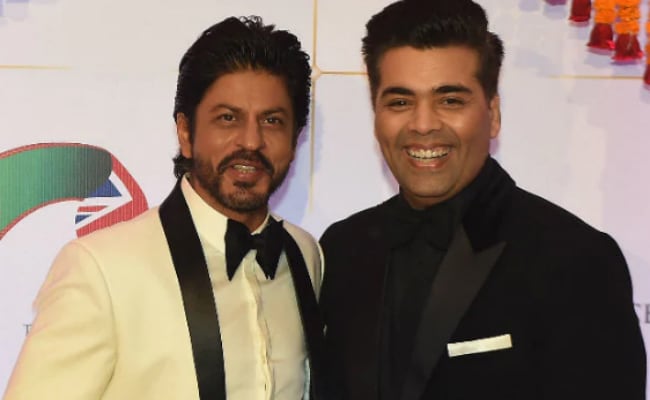 Shah Rukh Khan jumped to Karan Johar's defense after the filmmaker found himself at the receiving end of brutal trolling on Twitter after he appeared to 'like' a tweet comparing Kesari and Zero's collection figures recently. Shah Rukh's tweet was not without his signature sense of humour and said: "I hate clarifications on social media. Karan Johar is technologically challenged but has other good qualities like his taste in clothes!? Just like Life, Twitter doesn't come with instructions, so mistakes are natural... and also he has fat fingers. Go easy all, Make love not war... its more fun."

I hate clarifications on SM. @karanjohar is technologically challenged but has other good qualities like his taste in clothes!?Just like Life, twitter doesn't come with instructions, so mistakes r natural....& also he has fat fingers. Go easy all, Make Lov not War...it's more fun

Karan Johar's explanation of the matter evaluated it to be a "technical problem" while "#ShameOnKaranJohar" quickly made it to the list of top trends on Twitter India after netizens pointed out that a tweet which refers to Shah Rukh Khan in offensive terms have been listed under Karan Johar's 'liked' tweets. "Guys having a technical problem with my twitter account! Strange things are going on! From uploading shoe picture and gibberish to liking tweets I haven't even read and would never even acknowledge! Please bear with me and I apologise for any inconvenience! Sorting it out asap," tweeted KJo.

Guys having a technical problem with my twitter account! Strange things are going on!from uploading shoe picture and gibberish to liking tweets I haven't even read and would NEVER even acknowledge! Please bear with me and I apologise for any inconvenience! Sorting it out asap!

The tweet is no longer available on Karan Johar's timeline but fans of Shah Rukh Khan are sharing screenshots to troll the 46-year-old filmmaker. The tweet in question claims that half-day collections of Akshay Kumar's recent release Kesari turned out to be higher than that of Shah Rukh Khan's Zero and follows it up with offensive comments which are too vile to be reproduced here.

Here's are just a few of the barrage of tweets that's made Karan Johar trend on Twitter on Friday. "This man has lost all the respect I had for him," read a tweet referencing Karan Johar.

For those who think that @karanjohar would have mistakenly liked that tweet, let me tell you one thing that I am very careful and aware of what I like/RT/tweet without being a social media personality but he is. And so he must be aware of what he's doing here.#ShameOnKaranJohar

Agree Or Not There is No Better Friend Than Salman Khan Of SRK.

Evenif fans of Salman & SRK fight Each other on Social Media. But The Love Bond Between These Two are Unbreakable.#ShameOnKaranJohar

When no stood up ,SRK was. #ShameOnKaranJoharpic.twitter.com/bDPFAUO2wJ

Everyone please tag @iamsrk in every tweets so that SRK sees it & realise that KJo is less a friend and more an enemy who always backstabes him.#ShameOnKaranJohar

Dear @karanjohar if money is the only standard of success to you then lets compare net worth of SRK vs yours... No?? hahaha#ShameOnKaranJohar

Some tweets also dug up an old controversy about the clash between Shivaay and Ae Dil Hai Mushkil, when Ajay Devgn alleged that KJo offered money for positive reviews of his film.

During Shivaay vs ADHM, SRK fans supported Karan. We put the fight against Ajay Devgn fans and Bhakts. Got blocked by Ajay.

But All this to see negativity by him?

Produced by Karan Johar's Dharma Productions, Kesari released turned out to be the highest opening film of 2019 with a score of Rs 21 crore on day 1. Zero, produced by Shah Rukh Khan's Red Chillies Entertainment, had made just a shade under on its opening day in December last year.