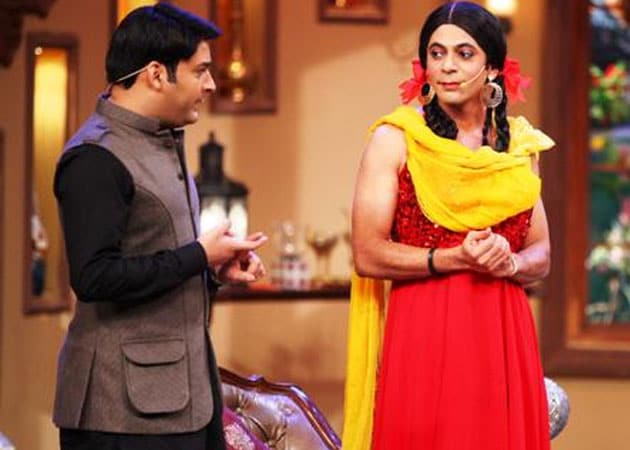 Mumbai: Having entertained the audience with the family set-up in Comedy Nights with Kapil, the new show of comedian Kapil Sharma is likely to have a street-based theme, says actor Kiku Sharda. (Also Read: I Focus on My Work: Kapil Sharma on Taking Digs at Krushna Abhishek)

After a successful two-and-a-half year stint on Colors, the show came to an end in January this year due a fall-out between Kapil and the channel. The same team will soon be back with new The Kapil Sharma Show on another channel and the set-up is also likely to change.

"This time not a family (set up). It would be more like a street where people are living," Kiku told PTI. "There will be different people coming in. Like how Palak and Gutthi used to come on the show, they were not family. So, may be something like that," he said, without divulging any details.

"There will be different people coming in. Like how Palak and Gutthi used to come on the show, they were not family. So, may be something like that," he said, without divulging any details.

Kiku, who played a girl Palak in Comedy Nights With Kapil said, "The character of Palak was loved because people loved her style and attitude. We have not narrowed down on what exactly my character would be like on the new show. "I am open to playing a woman again. I would like to explore lot of other things as well. On a daily basis, I interact with lot of new people and new ideas come to my head," he said.

Kapil played the central role of Bittu Sharma in Comedy Nights with Kapil. Ali Asgar was the cute Dadi, Sumona Chakravarti enacted the role of Kapil's wife, Sunil Grover and Kiku Sharda played the annoying neighbours, Gutthi and Palak, while Chandan Prabhakar was seen in the role of servant Raju.

The Kapil Sharma Show will go on air from April 23 on Sony channel.