Kapil Sharma's New Move To Save His Show. Yay Or Nay? 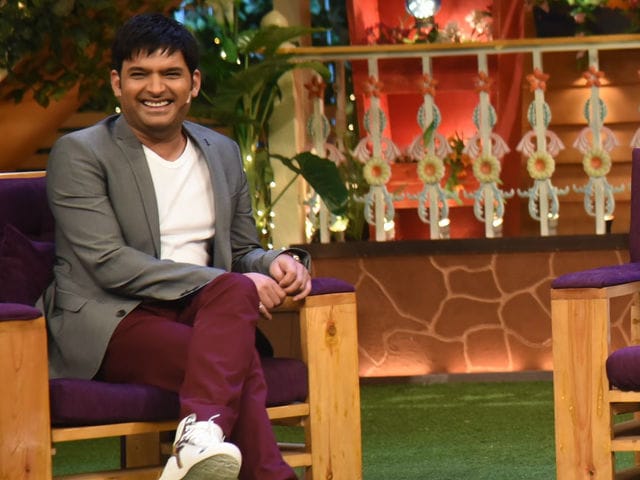 Kapil Sharma in a still from the show

New Delhi: Actor comedian Kapil Sharma has apparently hired writer Raaj Shaandilya to write the script of his sinking television programme The Kapil Sharma Show, stated a mid-day report. Raaj Shaandilya has written scripts for films like Welcome Back (2015) and Freaky Ali (2016) and with this new addition Kapil Sharma hopes to take the failing gags on his show to the next level, reports mid-day. The Kapil Sharma Show has not seen good days in a while now. After his mid-air fight with co-star Sunil Grover, which resulted in the latter's exit from the show, things for Kapil's show have only deteriorated.

His co-stars like Chandan Prabhakar and Ali Asgar also quit the show soon after Sunil Grover's exit and their subsequent public feud. Chandan returned later but recently Ali Asgar (now a part of Kapil's rival Krushna Abhishek's show The Drama Company) told mid-day that he moved on due to creative difference but the decision to break away was triggered by Kapil and Sunil's fight, reported Times Of India.

Kapil Sharma is reportedly quite stressed due to the arrival of a rival comedy show (the aforementioned The Drama Company) so much so that he fainted when Shah Rukh Khan and Anushka Sharma came to film an episode for the promotion of their film Jab Harry Met Sejal. Kapil also had to reschedule the shoot with the cast of Mubarakan because of his deteriorating health - Arjun Kapoor was most understanding.

Promoted
Listen to the latest songs, only on JioSaavn.com
Kapil occasionally won this constant tug of war with Krushna Abhishek - like when Kapil hired Bharti Singh and reclaimed Chandan as cast members. He also hired Raju Srivastava (who sided with Kapil during his war with Sunil Grover) for some time.

Time will tell if Kapil's new move helped him or dissolved after a few laughs.