Kapil Sharma Wants You To "Identify These Kids." Neha Kakkar Can Help 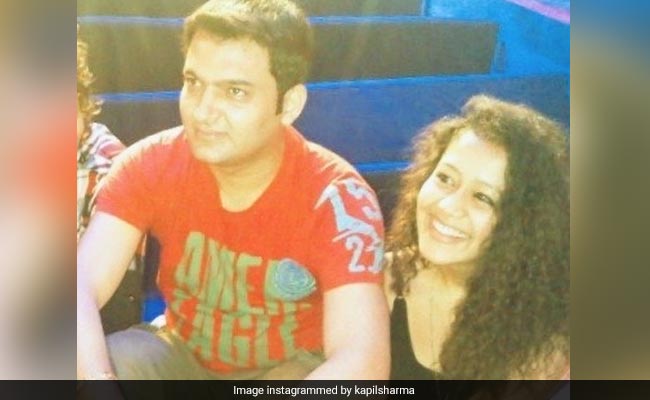 Comedian Kapil Sharma, in a throwback kinda mood shared a memory on his Instagram profile on Wednesday. Also, he wanted his fans to identify the people or should we say the "kids" in the picture. "Identify the kids. #throwback," Kapil captioned the post. Singer Neha Kakkar, who features in the photograph, was quick to prompt the answer. She wrote in the comments section: "Bhaiya, I know these kids." She later posted the same picture on her Instagram handle and wrote: "Good old days. We love you Kapil bhaiya." Though none of them revealed when the picture was taken but it appears to be from Kapil and Neha's early days in the entertainment industry.

Kapil Sharma is currently busy spending quality time with his six-months-old daughter Anayra and wife Ginni Chatrath. Kapil Sharma is best-known for hosting the television talk show The Kapil Sharma Show. He stepped in the TV industry with The Great Indian Laughter Challenge (season 3). Kapil made his Bollywood debut with Kis Kisko Pyaar Karoon and he dubbed for the Hindi version of The Angry Birds Movie 2.

Neha Kakkar is best-known for singing tracks such as Dilbar redux, Manali Trance, Kala Chashma, Aankh Mare redux from Simmba among many others. Neha Kakkar has also appeared as a judge on the singing reality shows Indian Idol and Sa Re Ga Ma Pa L'il Champs.