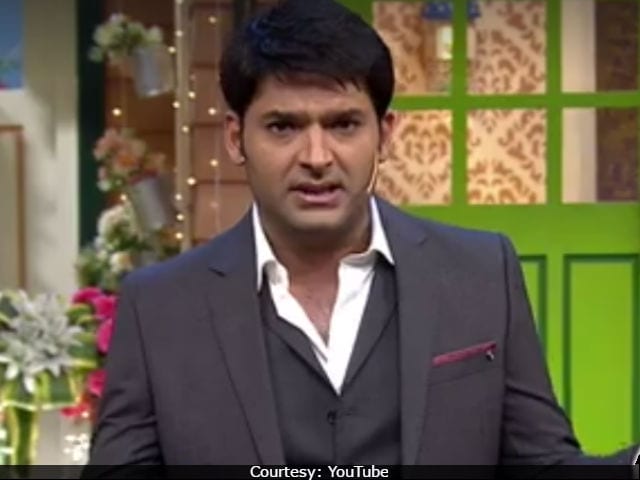 Kapil Sharma in a still from the video (Courtesy: YouTube)

New Delhi: The Kapil Sharma Show will complete 100 episodes on April 23. On this occasion, the host of the show and ace comedian Kapil Sharma thanked his fans and the team for making the show successful and in helping him reach the milestone. In the latest video released by the channel on Facebook, Kapil, 36, says, "I am thankful to all the viewers and celebrities who have come to our show from various fields. I would also like to thank my current team and the ones who are not with us today." Kapil did not specify any names. However, we assume he meant Sunil Grover, Ali Asgar and Chandan Prabhakar, his ex-castmates.


Last month, Sunil Grover and Kapil Sharma made headlines after a mid-air altercation on a flight from Australia to Mumbai. Kapil is accused of hitting Sunil after getting drunk. After the fight, Mr Grover quit the show. Ali and Chandan too boycotted The Kapil Sharma Show.

Meanwhile, in the video, Navjot Singh Sidhu, who is also an integral part of the show, says, "This is a bouquet created by God. It is not possible for a man to create such a big show and make it touch the milestone. I will request everyone to not let the flowers of this bouquet scatter and keep it together and let the world enjoy its fragrance."

Promoted
Listen to the latest songs, only on JioSaavn.com
After Sunil Grover's exit, the viewership of the show dropped by huge numbers. The show has reportedly been given an extension of three months by the channel head after its contract was scheduled to expire earlier this month.

Sunil Grover's characters - Dr Mashoor Gulati and Rinku Bhabhi were one of the main highlights of The Kapil Sharma Show.