Kangana Ranaut Won't 'Offer Herself On A Platter' To Hollywood 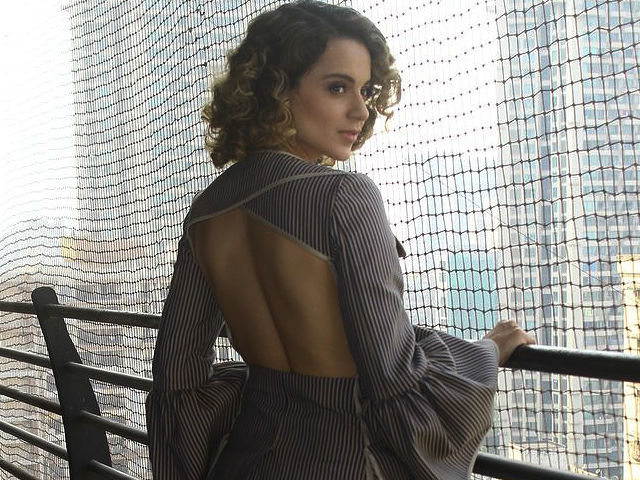 New Delhi: Actress Kangana Ranaut is known for her straight-talking. The 30-year-old star is unafraid to speak her mind and has gained a reputation for telling it like it is. She's been outspoken about her public feud with Krrish 3 co-star Hrithik Roshan and while commenting on her colleagues' career choices. Now, in an interview to mid-day, the three-time National Award-winning star appeared to take a dig at actresses Deepika Padukone and Priyanka Chopra, who are exploring career options in Hollywood, saying, "These are baits that I won't fall prey to." Deepika made her Hollywood debut opposite Vin Diesel in the recently released xXx: The Return Of Xander Cage; Priyanka is two seasons old on American TV as the star of Quantico and is prepping for the release of Baywatch, her first Hollywood film.

Kangana reasons that she is in the right place at the right time already. "It would be stupid for anyone to make the move to the West now. Their theatre business is crashing because of the influx of digital media. Asia, on the other hand, is where Hollywood was 15 years ago. It is a lucrative time for entertainment here. These are baits that I won't fall prey to. If an American film (2016's The Jungle Book) is doing Rs 100 crore business and not all our films are able to, we may not find adequate screens for home-bred films 10 years down the line. I'm all for world cinema, but it needs to be a film that brings employment and money into our country. I don't wish to offer myself on a platter to another industry," Kangana told mid-day.

Bloody Hell, Kangana. That was... sharp.

Kangana Ranaut has portrayed strong women characters in films like the Tanu Weds Manu series and Queen. She has another unique role coming up as Miss Julia in Rangoon and the actress has a lot to say about women in real life. She told mid-day: "Bold, stubborn women, who are achievers, are desirable only to those who are strong and assured. (For some men) it's frightening to handle a woman who can speak her mind. Thankfully, that's not true of everyone. Courage is often endearing and rare."


"Women are raised to believe they are healers. They can only nurture. People appreciate the goody two-shoes. Even the most successful women want to be liked by others. There is the alluring promise of heaven for those who can love selflessly. It's fine if they can't look themselves in the eye, but the world should see them as the epitome of holiness. They [her colleagues] don't stand up for themselves, forget doing it for others," she added.

Promoted
Listen to the latest songs, only on JioSaavn.com
Kangana Ranaut debuted in Bollywood in 2006 film Gangster. She's won three National Awards - one for a supporting role (Fashion) and two for lead roles (Queen and Tanu Weds Manu Returns) - in a decade-long career.

Kangana Ranaut is awaiting the release of her period romantic drama film Rangoon, directed by Vishal Bhardwaj. The film also stars Saif Ali Khan and Shahid Kapoor in lead roles. After Rangoon, Kangana will be seen in Hansal Mehta's Simran.