"People met and promised to guide and help me, but then I was put under house-arrest," said Kangana Ranaut 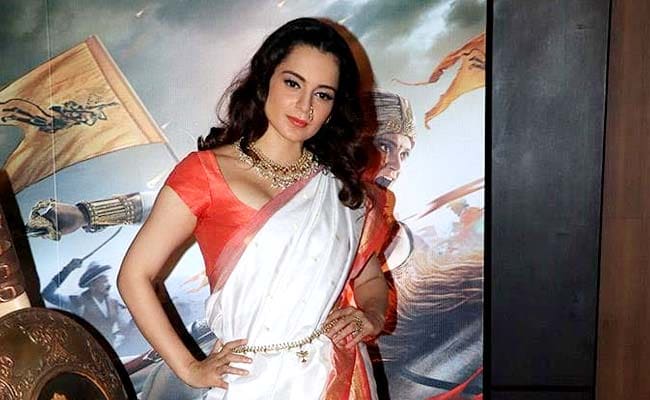 Kangana Ranaut's journey in Bollywood has been anything but easy. The actress made a revelation about the initial days of her acting career on the chat show Sit With Hitlist. During the interview, Kangana revealed that she was offered a film titled I Love You Boss by former CBFC Chairman Pahlaj Nihalani, as a part of which, she was asked to wear a robe without any undergarments. The 32-year-actress recalled the incident on the talk show and said: "The fact that people met and promised to guide and help me, but then I was put under house-arrest. And then Pahlaj Nihalani had offered me a film called I Love You Boss. They had a photoshoot where they gave me a robe to wear, and no undergarments. So, I just had a satin robe for a show-girl pose, from which I had to stick my leg out, coming out of darkness."

Kangana, who is known for her acting prowess and portrayal of strong characters on screen, described her role in the film as "a young girl lusting after her middle-aged boss." The Queen actress decided to proceed with the photoshoot. However, she quit mid-way and changed her phone number. "They should at least have given some tapes. I was supposed to play a young girl lusting after her middle-aged boss. So it was a soft-porn sort of character. And I had this epiphany that I can't do this. I felt like this is exactly what my parents were talking about. I actually went through the photo shoot, but then I disappeared. I changed my number," Kangana said on the show.

Kangana, who was auditioning for other roles simultaneously, got selected for Anurag Basu's 2006 film Gangster and Puri Jagannadh's Telugu film Pokiri, alongside Mahesh Babu. However, she picked Gangster as her debut project and the rest is history.

Kangana Ranaut is credited with starting the debate on nepotism in Bollywood as she labelled Karan Johar as the "flagbearer of nepotism on his talk show Koffee With Karan 5. Kangana has delivered several hits in her career. She is best-known for her performances in films like Fashion, Queen, the Tanu Weds Manu series and Krrish 3 among many others.