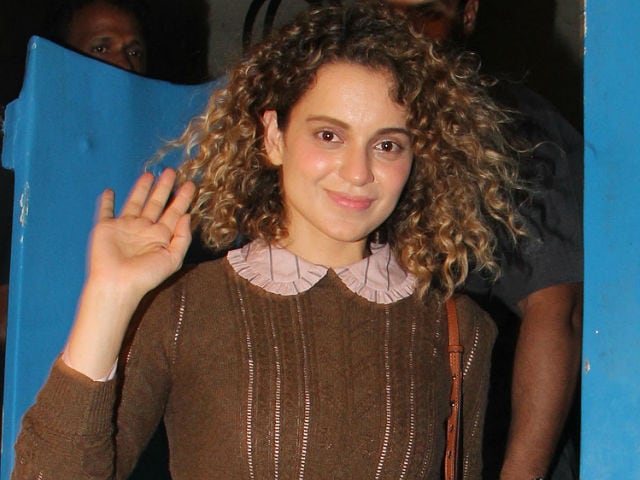 New Delhi: Actress Kangana Ranaut, now in her late twenties, says that her maternal instincts have started to kick in after leading an independent life for so long. The Queen star told news agency IANS that she never thought she'd say this aloud, but: "I think I have been fairly independent, but when you are in your late twenties, somewhere your maternal instincts start kicking in and you start to get that feeling very badly: 'I want to have babies'." "I never thought I would talk like this, but it gets really hard not to share it. I am hoping to see that day," the 29-year-old actress told IANS.

Kangana says the acting gave her an opportunity to express herself freely. She said that with acting let her channelize the "enormous energy that was almost on the verge of exploding." Kangana also talked about her earlier tense relationship with her parents. Kangana, who became an actor against her father's wishes, says that being in a "creative field has allowed me to be a complete human being."

"The big fireballs which I felt growing up in my stomach somewhere has got an expression now. If I don't do anything for days, it starts to bother me. I sort of find a way to express myself and give a weight to that energy. That expression is not just restricted to my films. If you go to my house or in my writing, you will find that expression," Kangana told IANS.

Promoted
Listen to the latest songs, only on JioSaavn.com
Kangana is truly in love with her craft and said: "Being a person in the creative field has allowed me to be a complete human being. I was someone who was very confused about what I wanted do, especially with the enormous energy that was almost on the verge of exploding. As a teenager, I did not know what to do with it, and hence the fights with parents," Kangana said. "Unleashing of those forces into something creative was amazing. I am glad that I started to act, write and do other things like poetry," Kangana said.