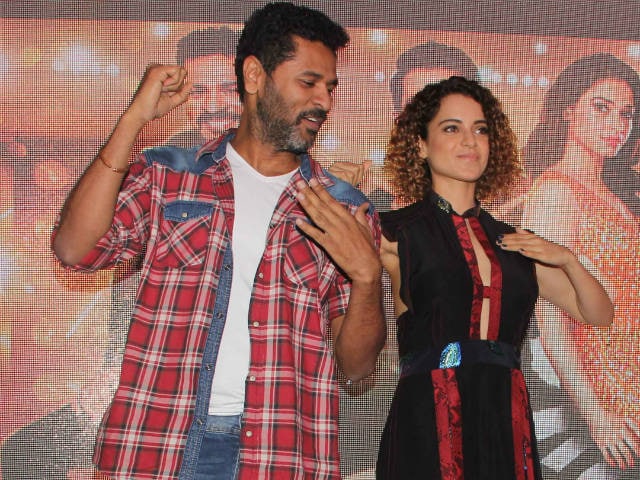 The 29-year-old actress narrated an incident of her childhood and said that she has been a fan of the actor's dancing skills ever since she was a teenager.

"When I was small, I was a huge fan of Kay Sera Sera and at that time. Because we had no music channel or internet or anything, it we use to wait for the song on Chitrahar. We used to keep holding our breaths that the song just appears on it. I used to be a huge fan," said the Gangster actress.

Kangana, with whom Prabhu Deva was present at the event, added: "And today I'm sitting with him, it's such an uncanny moment, he looks like he is not aged, not even one day. He looks the same and that's amazing."

Talking about how she has always admired the choreographer-filmmaker's dancing skills, the actress said, "The best thing about Prabhu sir's steps is they are full of so much fun. There is a lot of humour and quirk in it. Even the way he is sliding and the way he does one movement and everybody just falls on the floor. There is no rule to his dancing, which I really love and I don't know if anybody can ever copy it because they are just impulses that are translated into movements."

Kangana will next be seen in Vishal Bhardwaj-directed Rangoon along with Shahid Kapoor and Saif Ali Khan.

Promoted
Listen to the latest songs, only on JioSaavn.com
Tutak Tutak Tutiya starring Sonu Sood, Prabhu Deva and Tamannaah Bhatia, will be released in three languages - Hindi, Tamil and Telugu - on October 7.