Kangana Ranaut Invokes Hrithik Roshan On TV Show: 'My Love Story Was Published In All Newspapers'

Kangana Ranaut was asked about her love story on the show and of course, Hrithik Roshan was invoked 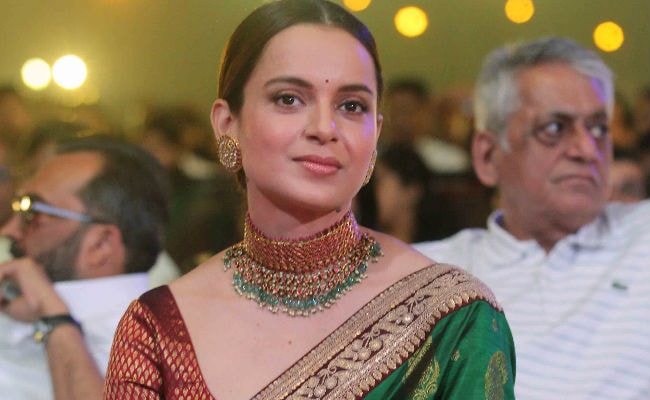 New Delhi: With Kangana Ranaut appearing on Karan Johar's new show India's Next Superstar, one would have expected a renewed debate on nepotism. Instead, Kangana brought up the topic of her 'love story' that made so many headlines last year - actor Hrithik Roshan, with whom she claims the romance, was not named. Indian Express reports that Kangana said,"Mere ishq ke kisse toh saare newspapers mein likhe gaye hai." The 30-year-old actress also reportedly recited a love poem, which she said she wrote when she was in love. "Ishq ki aankhon mein khuda dekha hai humne, na who roshni thi na andhera, na jaane kaunsa manzar dekha hai humne," she recited, reports Indian Express.

It's worth remembering that 'newspapers wrote about the love story,' as Kangana put it, because she brought it up while promoting her 2017 film Simran. Among other explosive comments made last year, Kangana demanded that Hrithik and his father Rakesh Roshan apologise for their part in the feud that became progressively uglier and more public in 2016. The Roshans responded by accusing the actress of stalking and e-mails, allegedly sent by Kangana to Hrithik, were accessed by a news portal from the complaint the Roshans filed.

Kangana later denied having written the e-mails, telling mid-day, "I felt stigmatised. I would wake up to (reports) of hideous mails, which I hadn't written. I don't write such crap."

Kangana Ranaut and Hrithik Roshan exchanged public recriminations all of 2016 over an alleged relationship that Hrithik says never happened. Last year, he addressed the controversy directly with a statement he released on social media.

Kangana Ranaut was the second celebrity guest on talent hunt show India's Next Superstar, which is co-judged by Karan Johar and Rohit Shetty. It is being seen as a peace offering on both sides after Kangana labelled Karan as the 'movie mafia' and 'flagbearer of nepotism' on his chat show Koffee With Karan 5 last year, to which he responded later by controversially chanting 'Nepotism Rocks' at the IIFA Awards.

When Karan Johar was asked if he was okay sharing the India's Next Superstar platform with Kangana, the filmmaker has told PTI he would do so "happily, lovingly and respectfully." Kangana also told Mumbai Mirror: "It is a professional commitment for which I'm being paid. What is delightful is that Karan is okay with doing the show with me and seems to be slowly warming up to me."

Promoted
Listen to the latest songs, only on JioSaavn.com
The same cannot be said about Hrithik and Kangana though. The Krrish 3 co-stars attended Mumbai Police's annual event Umang 2018 over the weekend but according to a mid-day report, they resolutely avoided each other.

Kangana Ranaut's next film is Manikarnika: The Queen Of Jhansi.