The 'new captain' reference may be to Kangana Ranaut stepping into the director's shoes for a few portions of Manikarnika: The Queen Of Jhansi 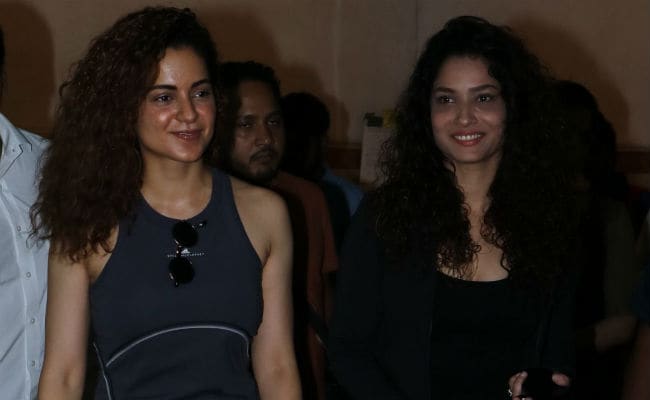 I feel my feet lighter. Rehearsing for my first bollywood song with master ji @ganeshacharyaa and our new captain kangana ranaut @team_kangana_ranaut Super excited to be part of it. #jhalkaribai Much much gratitude #kamaljain #zeestudios #manikarnika #releasingon25th jan #swipeleft

The 'new captain' reference may be to Kangana stepping into the director's shoes for a few portions of the film. As Manikarnika: The Queen Of Jhansi director Krish Jagarlamudi is simultaneously busy with other projects and in his absence, Kangana is directing the portions left to complete the film. However, it was reported that Krish Jagarlamudi has quit the project, but team Manikarnika: The Queen Of Jhansi dismissed the reports via a statement.

Krish Jagarlamudi is the director of #Manikarnika and will remain so. #KanganaRanaut has stepped in to shoot just the patchwork on his behalf while he fulfills his commitments in another movie, to make sure that #Manikarnika releases on 25th Jan 2019. The clapboard is merely to avoid on set confusion

In Manikarnika: The Queen Of Jhansi, Ankita Lokhande plays Jhalkaribai, who served in the women battalion of the Queen of Jhansi and later became her chief advisor.

Meanwhile, actor Sonu Sood, who was reportedly playing Sadashivrao Bhau, the commander-in-chief of the Maratha army in Manikarnika, quit the film due to a scheduling conflict.

Manikarnika: The Queen Of Jhansi is based on the life and struggles of Rani Laxmi Bai. The film is expected to release on Republic Day 2019.