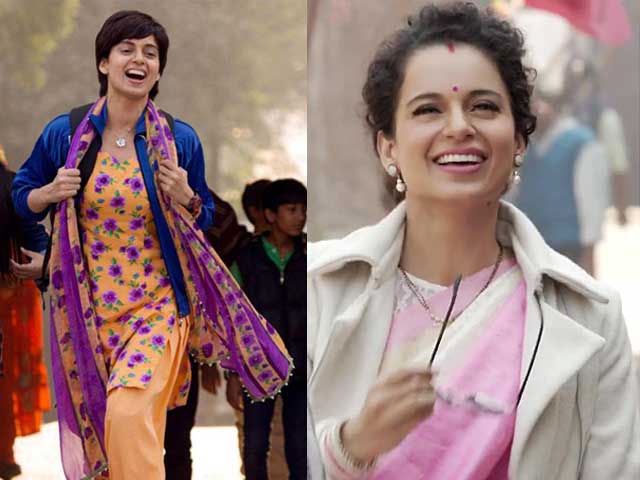 Actress Kangna Ranaut, who will be seen in a double role in Tanu Weds Manu Returns, says it was difficult to manage both her characters in the film.

"I had a huge difficulty in maintaining both the characters because Kusum is so adorable and a lovely girl. There is purity in her, while Tanu has a wildness, but she is selfish. So, to sustain Tanu in front of Kusum was the biggest challenge for me," Kangana, who has also spoken in Haryanvi for one of the roles, said here.

Promoted
Listen to the latest songs, only on JioSaavn.com
Kangana says the movie will present relatable issues in a marriage.

"This is a story of husband and wife. People don't get into the tricky side of a married life, they show it as a happy ending post marriage, but what happens after that and what it takes to fall in love all over again is what the film is about," she said.

Children's Day 2021: Here's What Shilpa Shetty And Other Stars Posted