Kamal Haasan, Now 62, Won't Have 'Breakdowns' After Split With Gautami 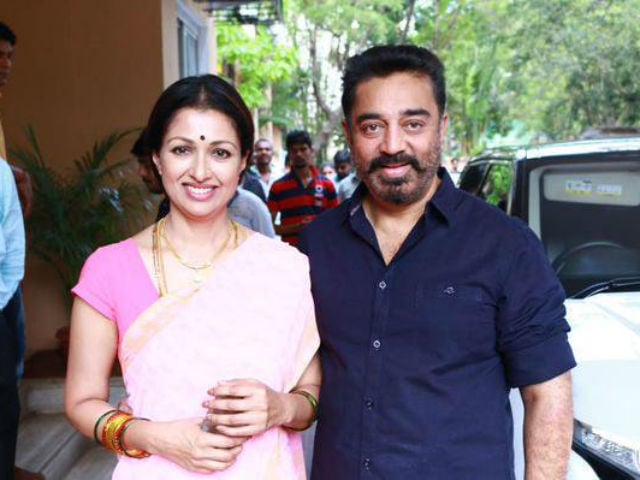 Mumbai: Tamil star Kamal Haasan turned 62 on Monday but had a very subdued birthday. There were no celebrations because, as the actor put it, there was nothing to celebrate.

Mr Haasan is dealing with the end of his 13-year relationship with actress Gautami Tadimalla. Plus, he hasn't been well.

"My leg which suffered a multi-fracture in August suffered a neural trauma on Monday. The pain is unbearable. I am on sedation most of the time now. So there is hardly room for celebration," Kamal Haasan said in a groggy voice.

Every year he brings in his birthday with two very close friends from outside the film industry who share their birth date with him.

"But this time I had to say no to their invitation. There's too much pain. I am sedated from physical pain. But the other pain is not something I want to go out in public with," he said.

The exit of Mr Haasan's partner Gautami Tadimalla has left him shaken, but he has maintained an outward calm.

"I am not about to have public breakdowns. Pain is nothing new to me. I've dealt with it all my life. But yes, it gets awkward on a birthday when friends and fans want to meet you," he said. Days ago, Gautami announced in a blog post that she was no longer with the actor.

"They wouldn't like me hobbling on one leg and looking groggy with sedation. It gets awkward. This year, I'd rather be on my own."

So is this the most unhappy birthday of his life?

"No. My unhappiest birthday was my 16th birthday. I was aimless, directionless and without any purpose in life. My father called me and gave me a dressing down. I remember I locked myself in my room and cried bitterly. It is the only time I've cried on my birthday," he recalled.

The actor-filmmaker has plenty on his plate, all waiting for the leg to heal.

Promoted
Listen to the latest songs, only on JioSaavn.com
"It's truly frustrating. I want to get back on my feet. There is a film waiting to be completed. There is work to be done. But I am at home sedated against pain. It's not a good feeling. All I ever wanted was work and someone at home to come back to." Over the weekend, IANS reported that Sabash Naidu, the film that was temporarily suspended because of Mr Haasan's injury, will resume shooting in January.

Kamal Haasan is the star of films like Moondram Pirai, Nayagan and Saagar. Sabash Naidu will co-star his daughter Shruti, who wished her father in an Instagram post.