Kalki Koechlin's intent may have been to offer a perspective other than the male gaze but her post appears to have provoked many of her followers, some of whom suggested the actress submit her picture to adult sites rather than post it on social media 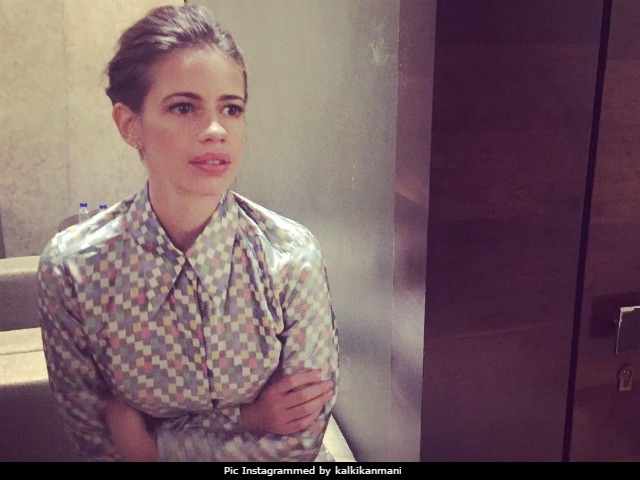 New Delhi: Actress Kalki Koechlin shrugged off the hateful comments she received for posting a nude picture of herself, telling mid-day , "I have never been ashamed of whatever I do." Kalki, 33, recently posted an image from a photoshoot on Instagram in which she's seen from the back and appears to be naked. 'Halfway between shadow and light,' she captioned the picture, shot by photographer Riva Bubber. The post, which swiftly went viral, has received 331 comments so far, several of them slut-shaming the actress. Speaking to mid-day , Kalki said, "As women, we often are depicted through a man's perspective, but this picture was clicked by a woman photographer. That's why I found it significant to share the photograph."

Kalki Koechlin's intent may have been to offer a perspective other than the male gaze but her post appears to have provoked many of her followers, some of whom suggested the actress submit her picture to adult sites rather than post it on social media. "Nudity limit me rakho, Indian culture ko barbaad tum jaise log kar rahe ho," read one comparatively restrained comment on her post. She was also told not to 'show off.' Some fans applauded the actress with comments such as 'Brave Kalki, keep rocking' - but these were in the minority.

Just days ago, model-actress Esha Gupta was also shamed online for posting a series of pictures from a photoshoot in which she was partially unclothed. Esha also spoke to mid-day later, saying, "It's my body."

In an interview with news agency IANS last year, Kalki Koechlin said, "Of course it affects me, but I have learnt to stop responding to them."

Here's one picture from the photoshoot with Riva Bubber, which was posted with a quote Harper Lee's novel How To Kill A Mockingbird - "She was one of the rare ones, so effortlessly herself, and the world loved her for it."

Promoted
Listen to the latest songs, only on JioSaavn.com
Kalki Koechlin joins a select band of actresses to have the dubious distinction of being shamed on Instagram for photos of themselves - Deepika Padukone, Priyanka Chopra, Sunny Leone, Soha Ali Khan and Dangalactress Fatima Sana Shaikh have all been recently trolled for outfits they wore in their posts.

Kalki's short film Naked from earlier this year, in which she plays an actress who stars in a sex scene that is leaked and goes viral, addresses the theme of what happens when the covers are drawn back from women's sexuality. Kalki Koechlin is known for her performances in acclaimed film such as Margarita, With A Straw, Waiting and, most recently, A Death In The Gunj.