Kalki Koechlin On Her Position In Bollywood: "Small Pawn In Sea Of Chess Players" 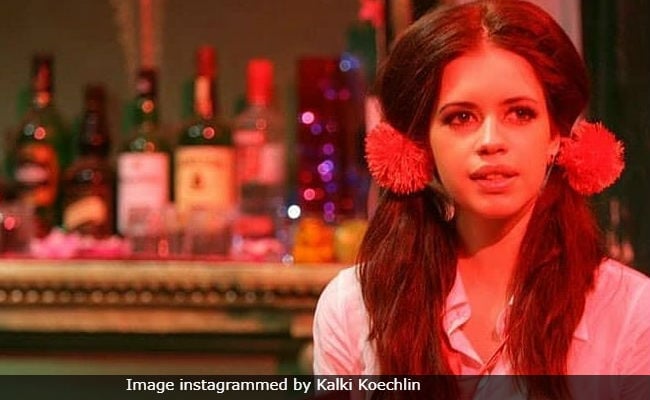 Kalki Koechlin may have established herself as an actor of merit, but as a "small pawn in a sea of other chess players," she feels the pressure to make her drop count. The actor, who broke out with Anurag Kashyap's Dev D a decade ago, says making a mark in the industry is always difficult. "Pressure to do good work is always there. The pressure of being one small pawn in such a vast sea of other chess players. You've got to try and make your bit count, it's always hard," Kalki told PTI.

Though she has consistently gained praise for her work in films like Margarita, With A Straw, Waiting and the recent Gully Boy, the actress says finding a well-written role is always a challenge. "It's one of my constant complaints. To find interesting characters that have layers to them is difficult. They are few and far in between. It's an amazing feeling for an actor when you do get such roles."

Kalki Koechlin will next be seen in Amazon Prime Video's latest original Made In Heaven, created by filmmakers Zoya Akhtar and Reema Kagti. The web series is directed by Zoya, Nitya Mehra, Alankrita Shrivastava and Prashant Nair. Kalki says it is a tough job for the writers to come up with a good script as it involves following multiple narratives with equal focus, especially when it is a web-series.

"It's not just one narrative. You have to follow all the characters. Especially in commercial cinema, we have a tendency to have the 'hero-heroine' in focus. But within a more extended storyline like in this show, you get to see all the characters," she says.

The 35-year-old actress says there are different combinations that come into play that makes her choose a script. "Sometimes I've loved my character but not the script and even the opposite. It's all about where you are in life and what you want to do," she says.

Kalki says she loved exploring the complexity of her character, Faiza Naqvi, a friend to Sobhita Dhulipala's lead role of a wedding planner. "I didn't read the story I only read my part and loved it. It was interesting how throughout the series you get a chance to see this person, through her therapy sessions she undergoes, how she's crumbling. It was a pretty complex character to play," she says.

Made In Heaven is a drama series reflecting the lives of upscale modern India, narrated through the eyes of two wedding planners, set against the backdrop of quintessential Indian weddings. The series also stars Arjun Mathur, Jim Sarbh, Shweta Tripathi, Shashank Arora and Shivani Raghuvanshi, among others.

Produced by Ritesh Sidhwani and Farhan Akhtar, the upcoming series starts streaming across 200 countries and territories on March 8.