Shashi Kapoor and several other artistes are theatre's gift to Bollywood 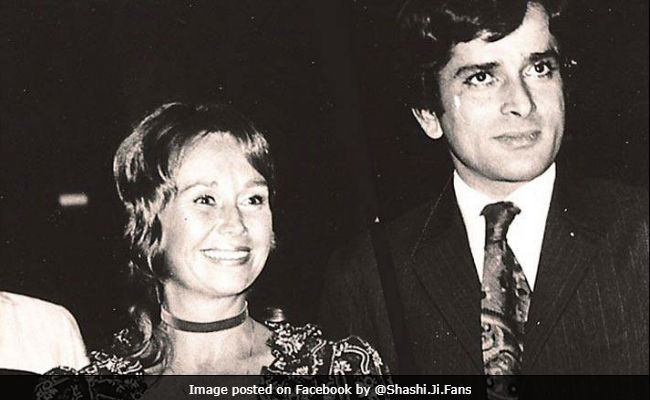 New Delhi: Theatre, without a doubt, has contributed immensely to make Bollywood look good. Without fabulous performers such as Shashi Kapoor, Shabana Azmi, Om Puri, Naseeruddin Shah, Radhika Apte and Kalki Koechlin among others, the Indian film industry would not have seen excellent films like Junoon, Arth, Ardh Satya, Sparsh, Parched and Margarita, With A Straw. Therefore, on the World Theatre Day, it is absolutely essential to talk about Bollywood actors who started their career as theatre artistes. Shashi Kapoor, Kalki Koechlin, Radhika Apte, Nawazuddin Siddiqui and Om Puri top our selection list.

Shashi Kapoor: The youngest of actor Prithviraj Kapoor's three sons, Shashi Kapoor worked in his father's Prithvi Theatre for years before starting his Bollywood journey in 1961 film Dharamputra (not counting films in which he starred as a child artiste). Shashi Kapoor also featured in the theatre productions of Shakespeareana, which was owned by his wife Jennifer Kendal's parents. Shashi Kapoor romanced Jennifer's sister Felicity in 1965 film Shakespeare Wallah, which was based on the life of actor manager Geoffrey Kendal (Jennifer's father) and his theatre company Shakespeareana. Shashi Kapoor and Jennifer Kendal played an instrumental role in the revival of the Prithvi Theatre in 1978 after Prithviraj Kapoor's death.

Wow a friend just sent this My Dad, #PartapSharma at age 24 second from right.. Extreme left is #ShashiKapoor Sanjna Kapoor and third from left lovely #JenniferKendal what a lovely piece and the photo is just brilliant Only wish Dad didn't have a cigarette in hand Miss you Daddy and haaha those skinny waist belts back then are quite amusing #Shakesperare Karan Kapoor Have a super day all

Kalki Koechlin: Kalki Koechlin has been a theatre-worm from a very early age and she studied theatre in London too. For Kalki, even today, films and theatre run parallel. The actress has produced written and acted in several plays and she owns the theatre company 'Little Productions,' which came into existence in 2015. What's Done, Is Done (an adaptation of Macbeth), Skeleton Woman, Trivial Disasters and Living Room are among her best known works in the theatre.

Radhika Apte: Radhika Apte started her career as an actress with Marathi theatre. She was closely associated with theatre company Aasakta Kalamanch run by Mohit Takalkar in Pune. She featured in Marathi plays such as Tu, Purnaviram and Matra Ratra, Samuel Beckett's That Time and Bombay Black in English and Kanyadaan in Hindi.

Radhika first film was Shahid Kapoor's Vaah! Life Ho To Aisi (a small role as his sister) but her first full-fledged role was in Bengali film Antaheen. Radhika's co-star Rahul Bose had seen her perform in Bombay Black and suggested her name to director Aniruddha Roy Chowdhury.

Nawazuddin Siddiqui: Nawazuddin Siddiqui worked as a chemist in Vadodara for a year before he came to New Delhi in search of a job. After watching a play, Nawazuddin decided to try his luck in acting and to get admission in The National School Of Drama, he performed in 10 plays (an eligibility criterion). He graduated from the NSD in 1996 and took a plunge in Bollywood. He started with smaller roles in films like Black Friday and Munna Bhai M.B.B.S before getting supporting roles in films such as New York and finally bigger roles in films such as Kahaani, the Gangs of Wasseypur series. In films like Miss Lovely, Manjhi: The Mountain Man and Raman Raghav 2.0, Nawazuddin played lead roles.

Promoted
Listen to the latest songs, only on JioSaavn.com
Om Puri: The National School of Drama alumnus also performed in several theatre productions before signing his first film Ghashiram Kotwall, based on a Marathi play of the same name. Om Puri also joined the Film and Television Institute of India along with Naseeruddin Shah but was disillusioned by the institute's tutoring methods. Like Nawazuddin Siddiqui, Om Puri's humble beginning in the profession of acting was with theatre but his focus later shifted to films. Decades later, he returned to theatre in Punjabi play Teri Amrita, co-starring Divya Dutta.