'Kalank Is The Biggest Film Of My Life,' Says Varun Dhawan

"I feel the character which I am playing in the film is very iconic," said Varun Dhawan 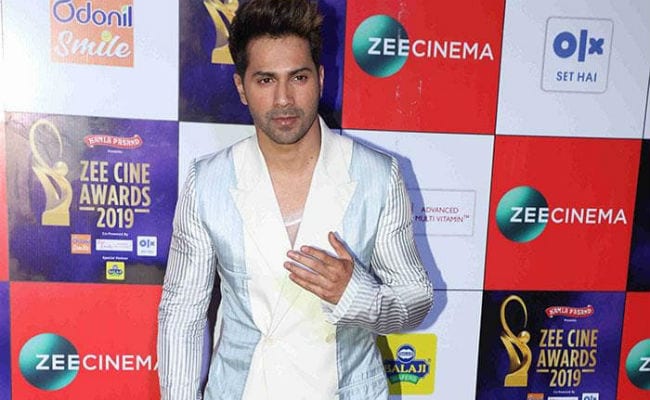 Varun Dhawan photographed at an event in Mumbai.

Actor Varun Dhawan says that people should always face some kind of criticism as it helps them to grow in life. The teaser of the highly anticipated period dramaKalank, featuring Varun, was unveiled recently and the Internet was blown away by the stunning costumes and the haunting background music.

However, Kalank mired in controversy after people on social media pointed out that the background music is a direct rip-off of the score of superhero American TV show The Flash.

Reacting to the criticism, Varun said: "A few people are criticising it but a lot of people are praising it so, it's okay. I feel you should always face some kind of criticism as it makes you grow in life. Varun was interacting with the media at the Zee Cine Awards 2019 here on Tuesday.

Talking about the film, Varun said: "I am feeling really happy and excited about it. In fact, Kalank is the biggest film of my life till date. I feel the character of Zafar which I am playing in the film, is very iconic. We all have worked on this film for the entire year."

A while ago, some of the Bollywood celebrities met Prime Minister Narendra Modi. Talking about meeting Modi, Varun said: "It was an amazing experience meeting him. We spoke a lot of positive things... About getting the nation together and moving forward."

Urging people to vote during the upcoming Lok Sabha elections, Varun said: "We are living in a democratic nation so, we should all go and vote first because that is really necessary and then, you choose the party that you want. I am not going to say which political party people should vote for but they should go out there and exercise their right of voting. I feel we should have highest percentage of voters this election."