Kajol Posted This Pic With Ajay Devgn On Tanhaji Set. She Wants You To Make A Guess

"In character or not? Guess?," Kajol captioned her photo 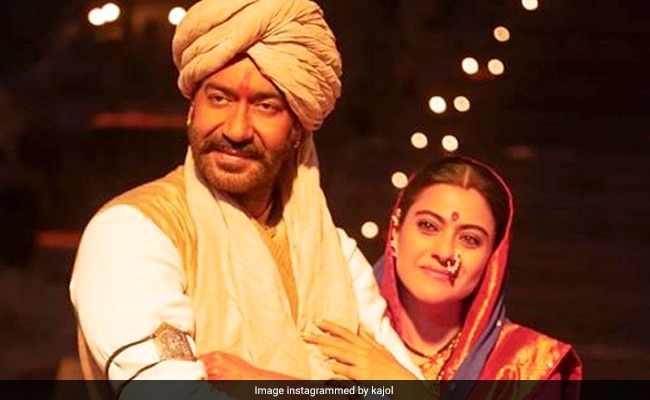 Another day, another interesting post on Kajol's Instagram. The 45-year-old actress, who co-stars with Ajay Devgn in Tanhaji: The Unsung Warrior, shared a photo of herself and her actor husband on Instagram and asked us to make a guess. "In character or not? Guess?," she captioned her photo, in which Ajay Devgn is dressed as the titular Tanhaji Malusare - Maratha ruler Chhatrapati Shivaji's general - and Kajol as his feisty wife Savitribai Malusare. Kajol's photo appears to be a behind-the-scenes click, which makes it all the more tricky to guess whether Kajol is "in character" as Tanhaji's wife or simply being her charming self. While Kajol's Instafam appears confused, we guess it's the latter.

Take a look at Kajol's photo here, which appears to be from a song shoot.

In character or not?? Guess #TanhajiMarathiTrailer on 10th December. #TanhajiTheUnsungWarrior

Kajol's Friday post is actually to announce that Tanhaji: The Unsung Warrior will also release in Marathi. The trailer of the Marathi version will be shared on December 10.

Kajol and Ajay Devgn, co-stars of several films, were last seen together on the big screen in 2010 film Toonpur Ka Super Hero. Speaking to IANS in a recent interview, Ajay Devgn shared his experience of working with Kajol after years and said: "I don't know what the feeling is, because I felt that we are at home and not on a film set. We behaved with each other in front of everybody the way we behave at home. So, I won't be able to differentiate." Kajol and Ajay Devgn have featured together in movies such as Pyaar To Hona Hi Tha, Dil Kya Kare, Raju Chacha, Ishq and U Me Aur Hum.