"We behaved with each other in front of everybody the way we behave at home," said Ajay Devgn 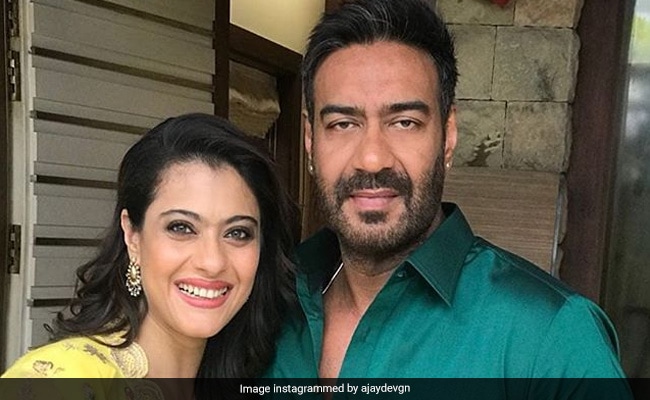 Ajay Devgn and Kajol are co-stars of Tanhaji (courtesy ajaydevg)

Ajay Devgn, who will be seen together with Kajol on the big screen in Tanhaji: The Unsung Warrior, said being on sets with his actress wife actually "felt like home", reported news agency IANS. Ajay Devgn, who was speaking at the trailer launch of Tanhaji: The Unsung Warrior, shared his experience of working with Kajol and said: "I don't know what the feeling is, because I felt that we are at home and not on a film set. We behaved with each other in front of everybody the way we behave at home. So, I won't be able to differentiate." IANS reported that Kajol couldn't attend the trailer launch as she is currently in Singapore to attend daughter Nysa's college event.

Ajay Devgn stars in the titular role in the movie - he plays Chhatrapati Shivaji's general Tanaji Malusare while Kajol has been cast as his wife Savitribai Malusare.

Ajay Devgn and Kajol are also co-stars of films such as Pyaar To Hona Hi Tha, Dil Kya Kare, Raju Chacha, Ishq and U Me Aur Hum. The couple were last seen together in 2010 film Toonpur Ka Super Hero.

Saif Ali Khan features as Tanaji's nemesis Uday Bhan in Tanhaji. About working with Saif, Ajay said: "I just love him and we get along very well."

Talking about playing the titular role in the period piece, Ajay Devgn said: "Apart from being my 100th film, it's really a special film because when you a play a historical character like Tanaji, who has been such a great warrior, it increases your responsibility as an actor."

The cast of Tanhaji: The Unsung Warrior also features actors such as Jagapathi Babu, Pankaj Tripathi and Sharad Kelkar, who plays the role of Chhatrapati Shivaji Maharaj in the film.