Kajol visited Gauri Khan's new store in Mumbai. A picture of the duo, taking a selfie, was shared by Kajol on Instagram 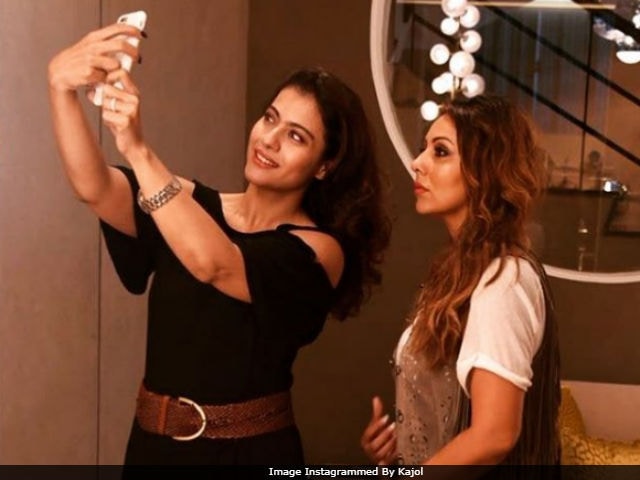 See the pictures shared by Kajol and Gauri.

Even the coffee echoes in this wonderfully done place ;). Kudos @gaurikhan . Chic !

Was good catching up today @kajol! Thanks for dropping by... #gaurikhandesigns #gkd

Shah Rukh Khan and Kajol's last film was Dilwale, which released in 2015. Their films like Kuch Kuch Hota Hai, Kabhi Khushi Kabhie Gham and My Name Is Khan, all directed by Karan Johar, has been hugely successful at the box office.

Promoted
Listen to the latest songs, only on JioSaavn.com
Gauri has constantly kept her Instagram followers updated with the pictures of the guests who have so far visited her store. All the celebs gave positive reviews too. We have collated all of them here. (You can thank us later).

#gaurikhandesigns . Thank you for these amazing images ....

Thank you for visiting the #GKD store, Sanjay. Your idea of me getting into set designing/art direction has got me thinking...

So proud of @gaurikhan what a fantastic new space she has created! Genius aesthetic and sheer beauty! #gaurikhandesigns

Farah !!!!!! We are officially open you better purchase the TOWELS you promised. @farahkhankunder

The outdoor urns will look amazing on your terrace ....great selection . @suzkr #gaurikhandesigns

Shah Rukh Khan also visited Gauri's store a couple of weeks ago along with their son AbRam, 4. Apart from being an interior decorator, Gauri Khan is also a producer. She has produced SRK's films like Main hoon Na, Om Shanti Om, Ra.One and the recently-released Jab Harry Met Sejal. Kajol, who is married to Ajay Devgn, recently completed 25 years in the industry. She last starred in Tamil film VIP 2, Lalkar in Hindi.