Kajol and Ajay Devgn's daughter Nysa will reportedly go to Singapore for studies. Nysa will complete her education in United College of Southeast Asia 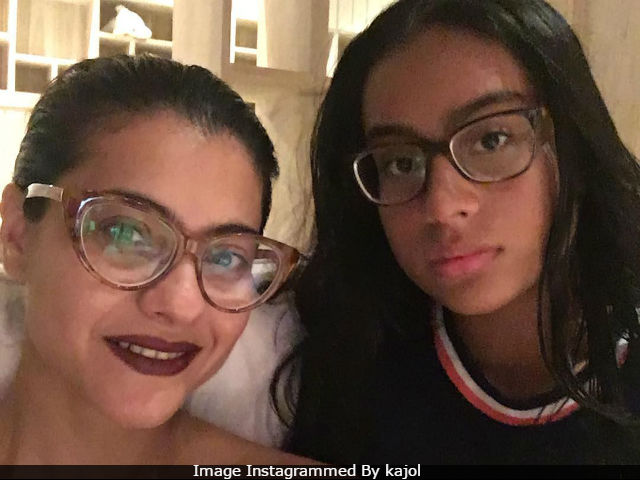 New Delhi: Kajol and Ajay Devgn's daughter Nysa will go to Singapore for studies, reports Mumbai Mirror. Nysa, 13, will complete her education in United College of Southeast Asia. "Both Kajol and Ajay were originally toying with the idea of sending her to a university in the UK since the Devgns have a house in London and it is their favourite holiday destination as well. However, they have now zeroed in on Singapore because it is closer to home and there are as it more accessible for the family," Mumbai Mirror quoted a source as saying. Nysa's session will commence from July and Kajol will also go to Singapore to oversee the arrangements.

Reportedly, Ajay and Kajol are planning to rent an accommodation closer to Nysa's institute. "The Devgns may end up renting a place in the Lion Country for a couple of years because they would want to be closer to the institute's campus," Mumbai Mirror quoted a source as saying. Actress Sonam Kapoor is also an alumnus of United College of Southeast Asia.

Last week, the Devgns were in Maldives for a vacation. Ajay's sisters also accompanied the family to Maldives. Here are some pics from their vacation diaries.

Promoted
Listen to the latest songs, only on JioSaavn.com
Kajol married Ajay Devgn have been married for over 18 years now. The couple also has a son Yug, 6. They have co-starred in films like Ishq, Raju Chacha and Pyar Toh Hona Hi Tha.

Tamil film Velaiyilla Pattathari 2 (VIP 2) is Kajol's upcoming film while this year, Ajay will be seen in Baadshaho and Golmaal Again.

Sushant Singh Rajput Reveals Some Stuff About Himself