"Mithoon-Arijit are ready to create magic with their voice in this love ballad," wrote Shahid Kapoor 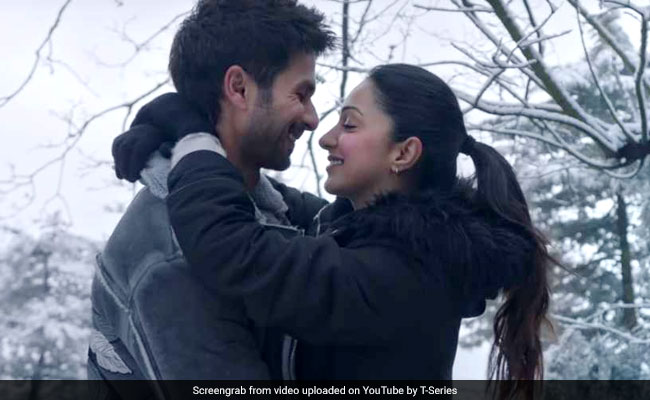 Shahid Kapoor and Kiara Adavni in a still from the song. (Image courtesy: YouTube)

Tujhe Kitna Chahne Lage, the second song from Kabir Singh to be released, was dropped on social media on Friday and all we can say is you're guaranteed to play it on loop. Shahid Kapoor- the actor who plays the titular role in the movie - features for the most part in the two-minute-long track but surprises are in the forms of glimpses of Kiara Advani, who plays Shahid's love interest in the film. The song highlight's Kabir Singh's love for Preeti and it showcases how he constantly tries to move on with his life but he finds himself stuck in the loop of Preeti's memories.

The makers of the film shared the song on YouTube on Friday and they described it as "the phase of love and longing after falling apart." The song has been sing by Arijit Singh and it has been composed by Mithoon, who has also written the soulful lyrics. Shahid Kapoor shared a still from the song on his Instagram story and he wrote: "Mithoon-Arijit are ready to create magic with their voice in this love ballad."

Kabir Singh is the Hindi remake of the 2017 Telugu hit Arjun Reddy, which featured Vijay Deverakonda and Shalini Pandey in the lead roles. Just like the original rendition, the Bollywood rendition will also be directed by Sandeep Vanga.

Kabir Singh is slated to release on June 21 this year.

Can You Guess Who Ranveer Singh's 'Lil' Marshmallow' In This Throwback Pic Is?