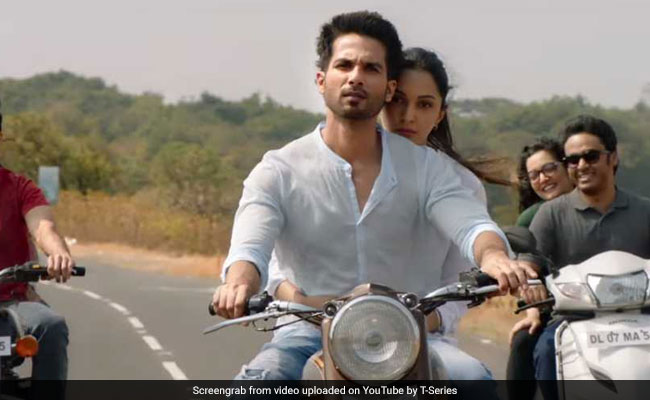 Shahid Kapoor and Kiara Advani in a still from Bekhayali. (Image courtesy: YouTube)

The first song from Sandeep Reddy Vanga's Kabir Singh, titled Bekhayali, released on Friday afternoon and we assure that anyone who's heard the song once, will be compelled to play it on a loop. The song will make you feel a plethora of emotions at once. The song beautifully depicts how Kabir Singh aka Shahid Kapoor battles a broken heart and memories of the past to get through life. Kabir can't stop reminiscing over the days he spent with the love of his life - Preeti (played by Kiara Advani) and in order to stop the recurring thoughts, he resorts to all sorts of substances.

Bekhayali has been composed by Sachet-Parampara and it has been sung by Sachet Tandon. The hard-hitting lyrics are by Irshad Kamil. The makers of the song described the song in the best possible way and they wrote: "A song that evokes the emotion of heartbreak and love at once." The song is going crazy viral. It has over 4 lakh views on YouTube as of now and is even trending on Twitter.

Check out the song Bekhayali here:

Shahid Kapoor, who plays the titular role in the film, shared the song on his Instagram profile and he wrote: "You had asked for it and here we are! Bekhayali out now."

Kabir Singh is the remake of Sandeep Reddy Vanga's Telugu super hit film Arjun Reddy. The film is slated to release on June 21 this year.