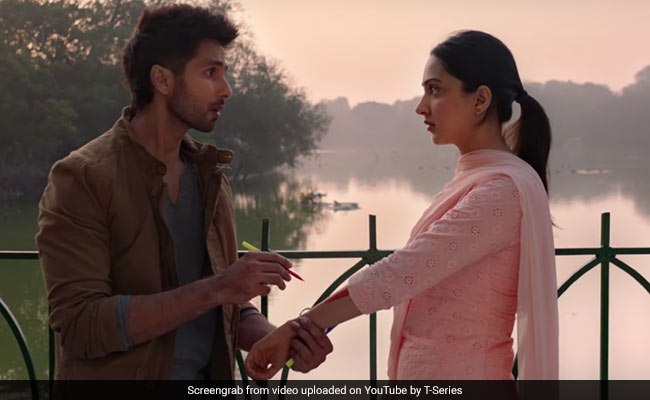 Shahid Kapoor and Kiara Advani in a still from the song. (Image courtesy: YouTube)

Kabir Singh song Kaise Hua, which hit the Internet on Thursday, showcases the story of how Kabir Singh (Shahid Kapoor) and Preeti (played by Kiara Advani) fell in love. Unlike the other songs of the film, which portrayed Kabir's intense emotions, Kaise Hua largely focuses on the bittersweet love story of the film's lead pair. The two-and-a-half minute video touches upon the idea of old school romance. The makers of the song described the track in the beat possible way and they wrote: "Take a glimpse into the journey of Kabir and Preeti. A song that portrays the phase of love and affection. Presenting, Kaise Hua, a melody crooned by Vishal Mishra, is sure to tug at your heartstrings."

Kaise Hua is the fourth song from the film to be released from Kabir Singh. The song has been sung and composed by Vishal Mishra and the soulful lyrics are by Manoj Muntashir. The song has over 2 million views on YouTube already.

Kabir Singh showcases the story of Dr Kabir Rajveer Singh, a drug addict, an alcoholic and an obsessive lover, who happens to be stubborn and self-destructive and his love for Preeti knows no boundaries.