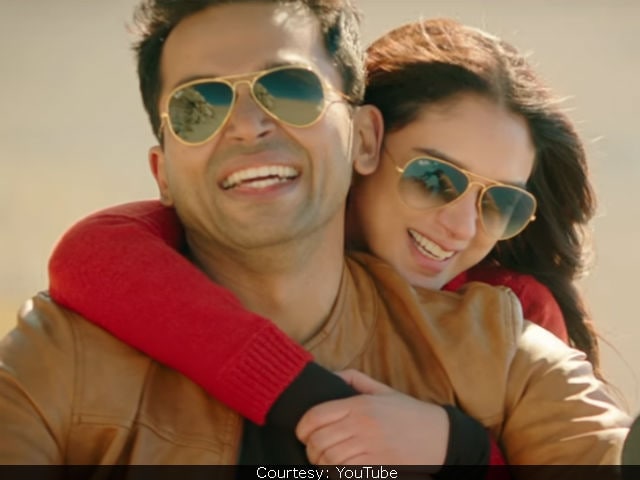 Kaatru Veliyidai: Aditi Rao Hydari and Karthi in a still from the film (Courtesy: YouTube)

New Delhi: Ahead of Valentine's Day, Mani Ratnam released a teaser from his film Kaatru Veliyidai's new song, titled Vaan. Composed by A R Rahman, the composition is apt for this season of love. The one-minute long video is set at various locations and beautifully portrays the love between the two stars of the film, Aditi Rao Hydari and Karthi. The song was simultaneously released as Maimarupu in Telugu. A R Rahman shared the Tamil and Telugu versions of the song. Vaan will release at midnight of February 14. The lyrics has been penned by Vairamuthu and sung by Shashaa Tirupati.


Kaatru Veliyidai , a romantic drama is expected to release in March. Aditi will be seen as a doctor and Karthi plays a fighter pilot.

A couple of weeks back, the single song promo of Kaatru Veliyidai 's first song Azhagiye was released. In the song, Karthi is seen expressing his love for Aditi, who is at some different location.

Promoted
Listen to the latest songs, only on JioSaavn.com
In an interview to news agency IANS, Aditi Rao Hydari said that Mani Ratnam is her dream director. "It's a real dream come true. I made a wish as a little kid that I wanted to work with him and it happened."

Additional cast of Kaatru Veliyidai are Shraddha Srinath, RJ Balaji and Delhi Ganesh. The film will also release in Telugu and will be called Cheliyaa. Kaatru Veliyidai is produced under Madras Talkies Banner.