Justin Bieber's Purpose World Tour Coming To India In May 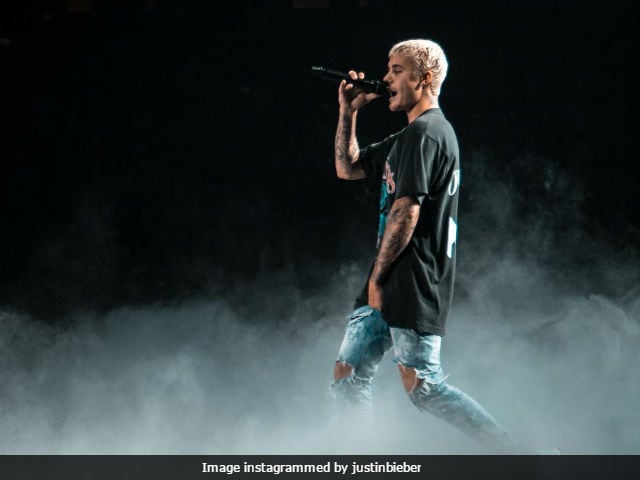 Purpose is one of Justin Bieber's most successful albums (Image courtesy: justinbieber)

New Delhi: Global pop sensation Justin Bieber will be visiting India in May for Purpose World Tour. The 22-year-old singer shared a post on Twitter announcing his visit. He will be performing at the DY Patil Stadium in Mumbai on May 10. "Justin Bieber is the biggest artiste of our time and attracts a universal fan base across all ages. This tour is one of the most successful in the world at the moment and will further enhance India's current cultural repertoire," Arjun Jain, Director, White Fox India, the sole promoters of the tour, said in a statement to IANS. Jain further added: "He enjoys over 80 per cent dedicated fan following in India and we envisage one of the biggest live events of the year."

"Justin Bieber will be bringing an extraordinarily epic show propelled by state of the art production and of a magnitude that the country has not witnessed in recent times. There are few artistes who warrant such a dedicated fan base as Justin Bieber," Jain told IANS.

The negotiations for bringing the Purpose Tour to India were on for six months.

The tickets for the Justin Bieber concert go on sale from February 22 and priced from Rs 4000. In India, fans can pre-register for tickets at www.bookmyshow.com.

"We are expecting a full house on May 10... This tour will place India on the global map and open up avenues for other artistes of the similar stature who may want to consider India as part of their touring roster," Jain said.

Bieber's latest tour is in support of his fourth album Purpose, which was released in November 2015. Purpose is one of Bieber's most successful albums, with three number one singles - What do You Mean?, Sorry and Love Yourself.

Promoted
Listen to the latest songs, only on JioSaavn.com
Apart from India, Justin Bieber will also perform in Tel Aviv and Dubai.