Justice League Trailer: This Time, All The Superheroes Come Together 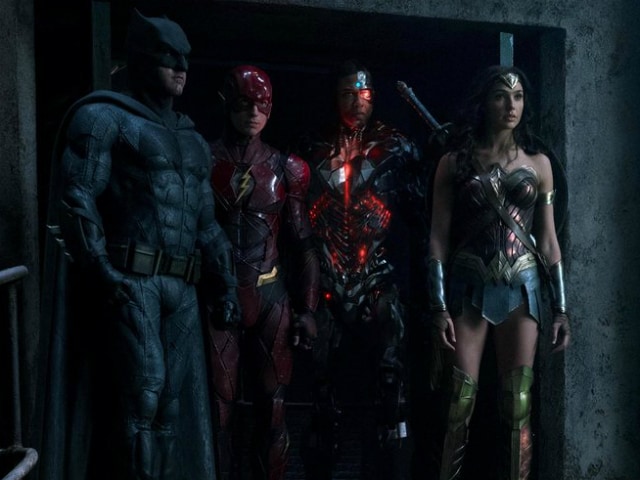 Justice League is releasing on November 17

The most awaited trailer of the year is out. The DC Extended Universe released the trailer of its upcoming movie Justice League, starring Ben Affleck, Gal Gadot, Jason Momoa and Ezra Miller. The trailer is all about wisecracks, ultraviolence and a suspected entry of a new villain. The trailer shows Ben as Batman, Gal as Wonder Woman, Jason as Aquaman, Ezra as The Flash and Ray Fisher as Cyborg. There was no sign of Henry Cavill, who is reportedly playing the role of Superman, in the new trailer, since he was killed by Doomsday in the earlier series, Batman v Superman: Dawn of Justice.

Justice League is DC's third superhero movie with Warner Brothers after Batman v Superman: Dawn of Justice, directed by Zack Snyder, and Suicide Squad, directed by David Ayer. The trailer starts with the arrival of Ben Affleck's character Bruce Wayne on his horse. On arrival he says, "We have to be ready. You, me, the others. There's an attack coming from far away." Gal Gadot named as Diana Prince in the movie replies, "Not coming, Bruce. It's already here. The others. Where are they?" What follows is the arrival of all the superheroes coming together to battle enemies while the Beatles' song Come Together blares in the background.

Promoted
Listen to the latest songs, only on JioSaavn.com
Here's the trailer:

Justice for all. #JusticeLeague in theaters November 17. pic.twitter.com/p01PMDzAsM

Justice League, which will release on November 17, revolves around the story of superheroes uniting to fight their nemesis. But despite the formation of this unprecedented league of heroes-Batman, Wonder Woman, Aquaman, Cyborg and The Flash-it may already be too late to save the planet from an assault of catastrophic proportions.