Just Before Sridevi's Death Was Announced, Amitabh Bachchan Tweeted This 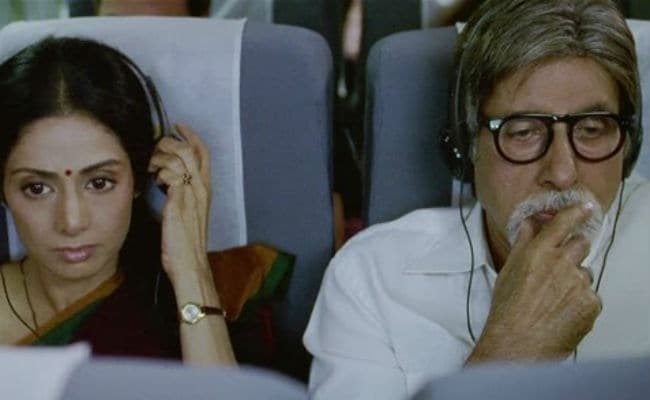 New Delhi: A tweet posted late Saturday night by actor Amitabh Bachchan is sending shivers up social media's spine. At a little before midnight, Mr Bachchan wrote about feeling a sense of unease, tweeting in Hindi: "Na jaane kyun, ek ajeeb si ghabrahat ho rahi hain." His disquiet is now being seen by Twitter as an eerie premonition - hours later, the world learnt that actress Sridevi had died of a cardiac arrest in Dubai, where she and the family were attending a wedding. Sridevi, who was just 54, was Mr Bachchan's co-star in the films Inquilaab, Aakhree Raasta and Khuda Gawah. Amitabh Bachchan also made a special appearance in 2012's English Vinglish, the film that marked Sridevi's return to screen after a hiatus of many years.

The comments thread on Amitabh Bachchan's tweet is full of responses from fans informing him of his former co-star's death. "Talk about sixth sense," reads one post. See what Mr Bachchan tweeted:

Amitabh Bachchan has not posted a second tweet so far but many other actors have, among them Sridevi's frequent collaborators Kamal Haasan and Rajinikanth:

Rishi Kapoor, who starred with Sridevi in the iconic Chandni, posted this:

Woken up to this tragic news. Absolute shock. Sad. Heartfelt condolences to Boney and their two daughters!

Akshay Kumar and Anupam Kher, also co-stars of the late actress, tweeted messages of condolence, as did Priyanka Chopra, Sushmita Sen and others:

Shocked beyond words to hear about the sad and untimely demise of #Sridevi. A dream for many, had the good fortune of sharing screen space with her long ago and witnessed her continued grace over the years. Thoughts and prayers with the family. RIP

This is how I will always want to remember #Sridevi - Happening, Vibrant, Brilliant, Beautiful, Bestest and Unique. #QueenOfIndianCinemaSridevipic.twitter.com/Om4Yi0IbxR

I just heard Ma'am Sridevi passed away due to a massive cardiac arrest. I am in shock...cant stop crying...

Sridevi's sudden passing away has left me in deep shock. Can't imagine how such a bubbly person, a wonderful actor, is no more.She has left a void in the industry that cannot be filled. Boney is a good friend & I've seen their daughters grow up. My prayers are with the family

Chandni now and forever... too young and terribly heartbreaking #RIPSridevi

Nothing makes sense. I have no words.. just completely shocked. RIP Sri Devi. My icon forever. Love you.

Sridevi, whose film credits include Mr India, Chandni and Nagina, all but retired from the arc lights after marrying producer Boney Kapoor in 1996. The couple have two daughters, Janhvi and Khushi. Sridevi returned to acting in English Vinglish and made two movies after that - the Tamil Puli and MOM, which released last year and co-starred Nawazuddin Siddiqui and Akshaye Khanna.

Promoted
Listen to the latest songs, only on JioSaavn.com
Sridevi was a regular presence on the Bollywood circuit in recent times, often chaperoning daughter Janhvi who is currently filming her first movie Dhadak.

The Kapoors, minus Janhvi, were in Dubai for the wedding of actor Mohit Marwah, who is the nephew of Boney and Anil Kapoor.