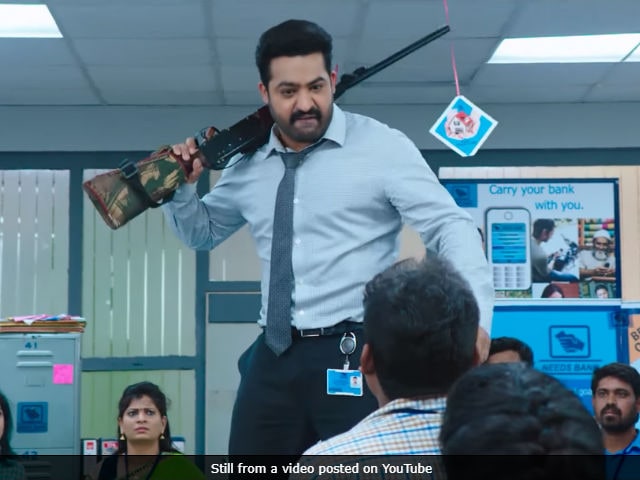 New Delhi: Junior NTR's fans can rejoice. The actor's upcoming film Jai Lava Kusa will release as per schedule after the Central Board of Film Certification cleared the film with 'U/A' certificate and without any cuts. Kalyanram Nandamuri, CEO of NTR Arts (the film's producers), tweeted: "U/A for #JaiLavaKusa" along with a film poster. The film features Junior NTR in triple roles - he plays the eponymous Jai, Lava and Kusa of the title. So far, the filmmakers have shared three teasers introducing the three protagonists and one trailer which gave the general sense of the film's plot. Jai Lava Kusa hits the screens on September 21, a day before Bollywood films Haseena Parkar (Shraddha Kapoor) and Bhoomi (Sanjay Dutt) will release.

With Jai Lava Kusa, Bollywood actor Ronit Roy is all set to make his debut in Telugu cinema. He has been cast as the film's principal antagonist. Ronit has played the villain's role in several Bollywood films such as Udaan, Boss and Kaabil. A source told news agency IANS that Ronit Roy was chosen over Kannada actor Duniya Vijay because the makers "felt Ronit would be a better bet because of the subject nativity."

Promoted
Listen to the latest songs, only on JioSaavn.com
Can't. Wait. Till. September 21.