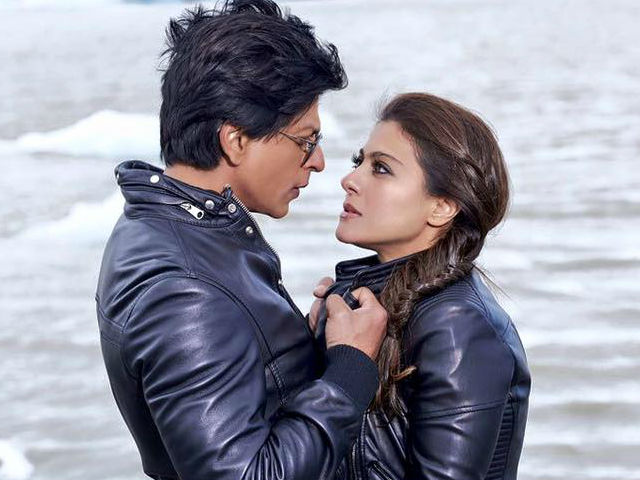 A still from Dilwale

Mumbai: Shah Rukh Khan and Juhi Chawla have featured in memorable films like Yess Boss, Raju Ban Gaya Gentleman and Darr and the actress said that she cannot wait to pair up with her close friend again.

The duo, whose onscreen chemistry and real-life friendship is adored by many, last worked together in 2005 film Paheli. Since then they have made special appearances in each other's films.

The onscreen pair of Shah Rukh and Kajol made a comeback last year with Dilwale. When asked when can fans see SRK and Juhi together, the actress told PTI: "Next time you interview Shah Rukh, why don't you ask him this? If I have my way, I would work with him this year. It is about finding that script and that maker, who will say, 'Okay let me put you both together'. But I would love to work with him again." (Also Read: You Always Look Good, Shah Rukh Khan Tells Juhi Chawla)

Juhi, who is yet to watch Dilwale, said she decided to skip the film as it did not have a good word of mouth. "I haven't heard many good things about the film. So, I thought of skipping. It is okay. Even if I don't watch, it wouldn't matter."

Juhi, 48, said she would like to collaborate with another superstar Aamir Khan, with whom she made her Bollywood debut in Qayamt Se Qayamat Tak.

"Aamir and Shah Rukh are my favourite co-stars. I have grown in my career with them. I would love to work with Aamir," she said.

Juhi was quick to add that she should first do a film with Salman Khan as the duo have never shared screen space. "Actually, I should work with Salman. We have never worked with each other. That would be fun."

Juhi will be next seen in Chalk n Duster, co-starring Shabana Azmi and Divya Dutta. The movie will release on January 15.