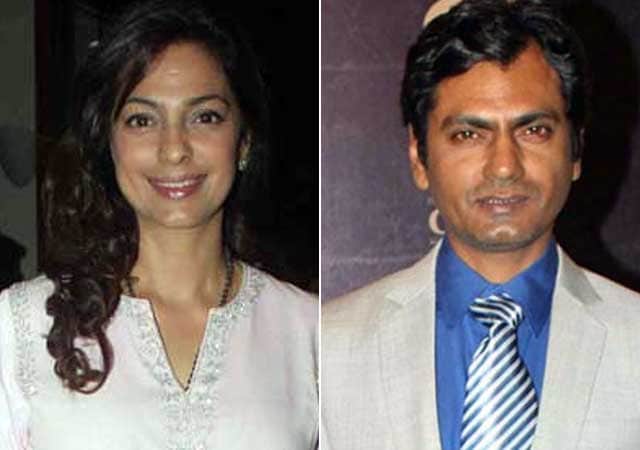 Juhi and Nawazuddin will receive the award on November 19

Nawazuddin, who played the lead role in the film Manjhi - The Mountain Man, is the only male selected in this year's list, said Mumbai Congress President Sanjay Nirupam.

"The honour carries no cash award or other benefits. The birth anniversary of Indira Gandhi is celebrated by felicitating leading personalities from different walks of life for their achievements," he added.

The function will be held at Y B Chavan Auditorium here on Thursday on the occasion of Indira Gandhi's 98th birth anniversary. Top Congress leaders, former union ministers and past and present lawmakers will also be in attendance.