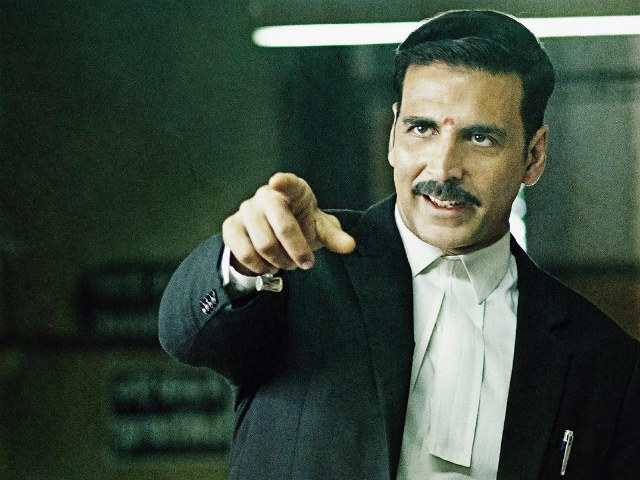 Jolly LLB 2 Box Office Collection: Akshay Kumar in a poster of the movie

New Delhi: Akshay Kumar's Jolly LLB 2 is within sniffing distance of 100 crores - trade analyst Taran Adarsh reports that the film made Rs 17.73 in its second weekend, pushing its box office total to Rs 95.44 crore. Jolly LLB 2, a satire of the legal system, released on February 10 and is now in its eleventh day on screens. The film is expected to make its 100 crore this week. Day 10's collection was reported as Rs 7.24 crore by Mr Adarsh, the best-performing day of the weekend with the film taking Rs 4.14 crore on Friday and Rs 6.35 crore on Saturday. Taran Adarsh tweeted:

The second weekend was going to be 'crucial,' Mr Adarsh tweeted last week. The film seems to have passed with flying colours. Jolly LLB 2 will be challenged at the box office by this Friday's film Rangoon, director Vishal Bhardwaj's highly-anticipated period film set in the Burma of World War II and starring Kangana Ranaut, Shahid Kapoor and Saif Ali Khan.

Promoted
Listen to the latest songs, only on JioSaavn.com
Jolly LLB 2, directed by Subhash Kapoor, co-stars Huma Qureshi, Annu Kapoor, Sayani Gupta and Saurabh Shukla, who returns for the sequel from the cast of the 2013 original, Jolly LLB. The first film starred Arshad Warsi as the lawyer Jagdish or Jolly, a role he relinquished to Akshay Kumar for the 2017 update. The film's black comedy didn't tickle the legal funnybone - Jolly LLB 2 released without four scenes that were edited out on order of the Bombay High Court. The scenes were accused of ridiculing lawyers.

Akshay Kumar, 49, is now busy with his next film Toilet: Ek Prem Katha. He also has 2.0 - the sequel to Rajinikanth's Enthiran - coming up this year.