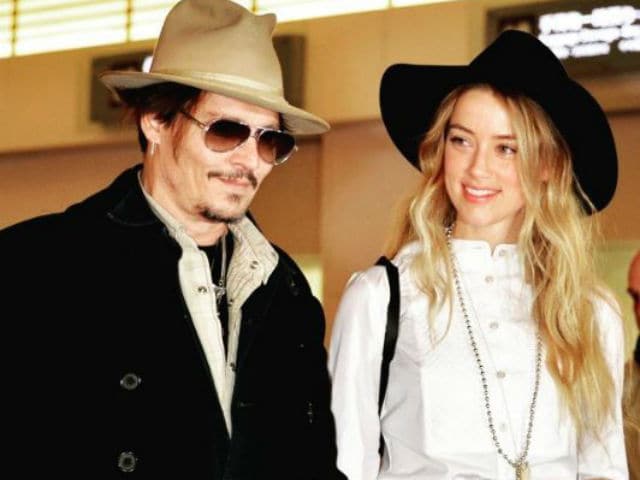 Los Angeles: Johnny Depp and Amber Heard have reached an out-of-court settlement to end their 18-month marriage, they said Tuesday, after the actress withdrew allegations that her husband physically abused her.

Ms Heard filed papers to withdraw her claims of abuse, dropping an application to extend a restraining order against the Oscar-nominated actor, Los Angeles Superior Court said in a statement.

"Our relationship was intensely passionate and at times volatile, but always bound by love," Mr Depp and Ms Heard said in a statement.

"Neither party has made false accusations for financial gains. There was never an intent of physical or emotional harm. Amber wishes the best for Johnny in the future," the statement said.

The statement said Ms Heard would be donating financial proceeds from the divorce to a charity.

The two have agreed that Mr Depp will pay Amber $7 million, according to entertainment news website TMZ.

The announcement comes a day before the pair were due in court to discuss extending Mr Depp's restraining order. It brings to an end an acrimonious and bitter three months of accusations and counterclaims.

Ms Heard dismissed the case with prejudice, according to TMZ, which means she cannot refile it.

The 30-year-old initially filed for divorce from Mr Depp, 53, in May and subsequently obtained a restraining order that requires the Pirates of the Caribbean star to stay away from her.

She made a police statement accusing Mr Depp of domestic violence, saying she had endured "years of physical and psychological" abuse.

She subsequently appeared in court with a black eye that she said was the result of Depp hurling a cell phone at her face.

The former couple met on the set of the 2011 film The Rum Diary, when the actor was still in a relationship with French actress Vanessa Paradis, mother of his son Jack and daughter Lily-Rose.

They married in February last year.