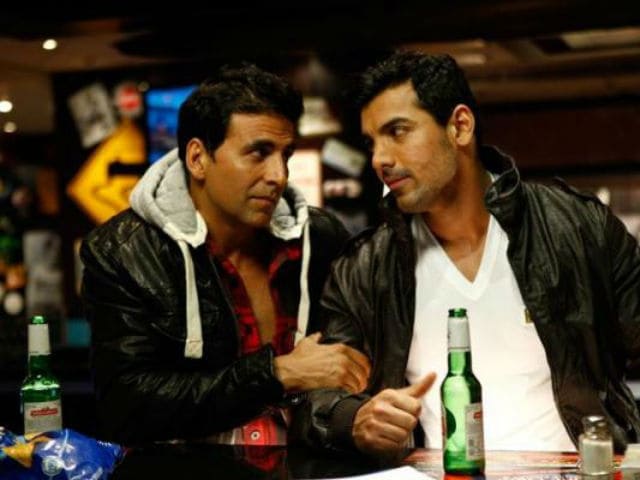 Akshay Kumar and John Abraham in a still from Desi Boyz.

Mumbai: Actor John Abraham, who has done films like Garam Masala and Desi Boyz with Akshay Kumar, said that Akshay is a "self-made man" in Bollywood and is a "much more successful actor" than him.

"Akshay's journey in the film industry has been very inspirational. He is a self-made man himself. He got into the industry around 1985 and I got in around 2003, but our journey has been similar. He is a much more successful actor than I am. I respect him a lot," said John.

John also said that he learned about the comedy genre from Akshay.

"We have done three movies together - Garam Masala, Housefull 2 and Desi Boyz. I love comedy as a genre and whatever I have learned in comedy is from him. That is the reason why I call him guruji and he calls me sundi," added John.(Also Read: John Abraham Says, 'Country Missing Real Action Heroes')

John is currently gearing up for his new film Rocky Handsome, which will release on March 25.