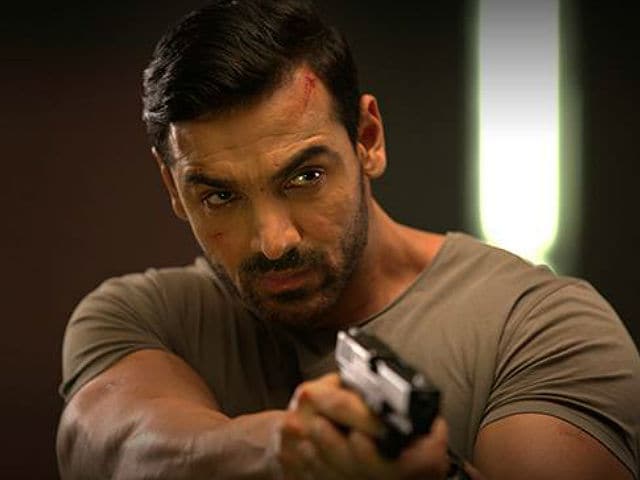 New Delhi: Actor and producer John Abraham has said that his latest film Force 2, which released last week, is doing well but Prime Minister Narendra Modi's currency ban had a slight impact on the collections. The 43-year-old actor, who stars as ACP Yashvardhan in the film, said if the content of the film is strong it will surely work at the box office. Force 2 is a sequel to his 2011 hit, titled Force. Directed by Abhinay Deo,Force 2 features Sonakshi Sinha as a RAW agent. Actor Tahir Raj Bhasin, who debuted opposite Rani Mukerji in Mardaani, plays the film's antagonist.

"Demonetisation did affect Force 2 marginally. But the fact is after Madras Cafe I have not seen so much positive reviews from the audience. Force 2 showed everybody in the entertainment industry that if your content is good, people will come and watch. This film probably would have done 50 per cent more business in normal days. But we don't have any complaints," John told news agency PTI.

Force 2 released along with Anubhav Sinha's Tum Bin 2, the prequel to which released in 2001 and was a sleeper hit, and Hollywood film Fantastic Beasts And Where To Find Them, a film set in the famous Harry Potter universe and starring Academy Award-winning actor Eddie Redmayne in lead.

Force 2 is produced by John Abraham's banner JA Entertainment along with Vipul Amrutlal Shah. John hopes the film can have a good run till Aamir Khan's Dangal releases on December 23. "We have a run till Dangal as there are no single screen films," he told PTI.

However, there are plenty of promising films releasing before Dangal, which John seems to have forgotten or he's underestimating.

Next week, Vidya Balan returns with another Kahaani along with director Sujoy Ghosh. Kahaani 2 is a sequel to the 2012 film of the same name and promises to be as intriguing as its predecessor.

On December 9, Aditya Chopra's first film as director in eight year releases. Befikre starring Ranveer Singh and Vaani Kapoor is making news for its bold kissing scenes and the fact that it got a U/A certificate from an otherwise sanskaari Central Board of Film Certification.

Promoted
Listen to the latest songs, only on JioSaavn.com
Aamir Khan's Dangal, co-starring Fatima Sana Shaikh, Sanya Malhotra and Sakshi Tanwar will then end the year with a bang, as we've come to expect of an Aamir Khan film.