John Abraham is Trying to 'Make a Point' With Rocky Handsome 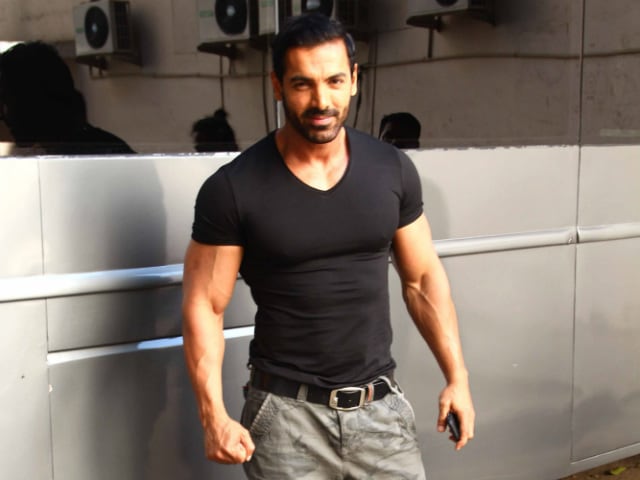 New Delhi: Two years since we last saw him onscreen, John Abraham is back as Rocky Handsome. And if the poster of the film is giving you a sense of deja vu, it's not Bajrangi Bhaijaan revisited. Far from it.

The film is an adaptation of Korean movie The Man from Nowhere. John, who said that he was blown away by the Korean film, had discussed it with his friend, director Nishikant Kamat, to give it a softer touch since Korean films can be very dark.

John, who has co-produced the film, said that he is very impressed with the new crop of talent in the film industry. "My first experience was Ayushmann (Khurrana). My second experience was working with Varun (Dhawan). One from the industry. One not from the industry. Fantastic. Both lovely souls and absolutely no baggage. So, I think everyone must get an opportunity. And in an industry still filled with nepotism, let's sound politically correct and say, 'Oh we are getting new scripts.' But who are we taking? Look at the old generation and the new generation. They are all from kids. Who's going to give an opportunity to an outsider? I was an outsider and I was graciously accepted. And I think I can do the same to others. We are out here on our own and we are trying to make a point with Rocky Handsome," he said.

An actor who likes to keep his professional life under wraps, John has always strived to break stereotypes. Now a producer as well, John said: "I have been conscious not to be stereotyped and have consistently broken them like I don't dance at weddings. My agents have left me saying, 'We cannot make money off you.' I was like, 'I am not going to do it' and maybe I haven't. After me, I can guarantee there will be a lot of other people who will follow it in a big way." (Also Read: John Abraham Says Rocky Handsome Has 'World Class' Action Sequences)

So, when asked who is 'Rocky' and 'Handsome' in the Indian cricket team, pat came the response: "Mahi (M S Dhoni) is Rocky. Handsome is Virat (Kohli)."