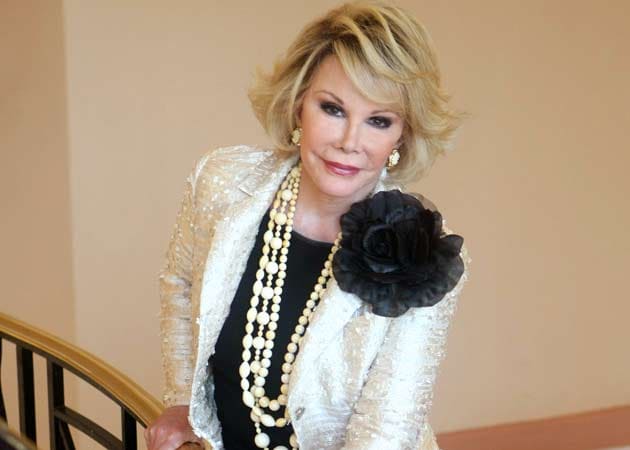 And sometimes the target was Joan Rivers.

Here are five memorable zingers by the comedian, who died on September 4 at age 81:

"I've never seen a six-month-old so desperately in need of a waxing," on North West, daughter of Kanye West and Kim Kardashian.

"I've had so much plastic surgery, when I die they will donate my body to Tupperware."

Promoted
Listen to the latest songs, only on JioSaavn.com
"Boy George is all England needs - another queen who can't dress."

"I blame my mother for my poor sex life. All she told me was 'the man goes on top and the woman underneath.' For three years my husband and I slept in bunk beds."