JL50 Review: Abhay Deol, Pankaj Kapur's Show Is Too Enamoured Of Its Own Strangeness

JL50 Review: Abhay Deol and Pankaj Kapur do well not to let the inconsistencies swirling around them adversely affect their performances. But the show swims in shallow waters. 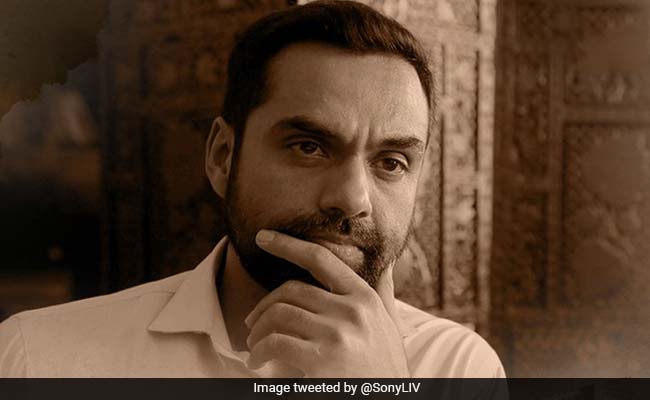 Time is conveniently pliant in JL50, a Sony LIV original series starring Abhay Deol and Pankaj Kapur. One character asks: What is the date today? Another replies: It's August 3, 2019. No, it is 1984, the former insists. Though 35 years apart, the two dates are connected by an aircraft that goes missing in the mid-1980s after takeoff from Calcutta - as the city was then called - and crashes into a mountain somewhere in North Bengal three and a half decades later.

This mind-bending flight of fancy unfortunately fails to find either a channel of consistent certainty or a firm landing strip. That, in a nutshell, is the fate of JL50, a sci-fi adventure in which What, How and Where are completely eclipsed by When. In the bargain, the Whys and Wherefores disappear without a trace.

In the course of a lecture to his students, a puckish professor of physics dismisses the received wisdom that Time never stops. "Apni poori zindagi physics ko dene ke baad I (have) realized... Time never moves. Time is always present," he asserts before he is summoned from the classroom by a CBI sleuth investigating the plane crash. The scientist had a seat on the flight but bailed out at the last minute. Asked why, he says he remembers nothing.

Indian filmmakers and web show creators aren't big on science fiction. To that extent, JL50 is a departure from norm. But the advantage is frittered away. The veneer of logic that the series seeks to plaster its central conceit with does not last the course.

It is tempting to surmise that the show's Calcutta setting is a nod to Bengal's tradition of sci-fi literature that goes all the way back to scientist Acharya Jagadish Chandra Bose's short story Niruddesher Kahini (The Story Of A Missing Person), written in 1896.

At the centre of that tale is a potentially destructive cyclone barreling its way towards Calcutta. It is diverted in the nick of time when a bottle of a particular brand of hair oil is poured into the ocean. The oil floats above the turbulent waters, causes condensation, and blunts the storm. There was science at the core of the story, albeit interpreted in a fictive, tongue-in-cheek way. The fanciful leaps of JL50 are driven mostly by difficult-to-digest whimsy.

Deol and Kapur, on their part, do well not to let the inconsistencies swirling around them adversely affect their performances. The camerawork by director of photography Bradley J. Struckel is strikingly fluid. But the show, created, written and directed by Shailender Vyas, swims in shallow waters.

JL50 is far too enamoured of its own arduous strangeness for its own good. What it needed, in order to keep the audience invested in the weirdly wired time-travel fantasy, was a script capable of sending out coherent signals all through its flight path.

After a brief prelude in which a shadow of an aircraft skims across a high-altitude football ground before crashing off-camera, the show shuttles between Kolkata, where the story begins, and Calcutta, where it culminates, and spins a yarn that is more facile fiction than solid science.

Only two of 40 people on board the ill-fated plane survive. One of the them is the pilot, a young woman (Ritika Anand); the other is a mysterious man who had no business to be in the cockpit when the aircraft went down. Both have stories rooted in the past.

CBI officer Shantanu (Deol) is deployed to get to the bottom of the mystery. The probe leads him to Professor Subrata Das (Kapur), a quantum physicist who has a secret up his sleeve and pronounces 'but' with the vowel sound elongated to tell us (in the most superficial manner imaginable) how Bengali he is.

There are allusions to a movement for the liberation of Bengal (well, well!) and a befuddling scientific formula first thought up in 623 BCE (during the reign of Emperor Ashoka, no less!). Once the line between the past (distant and not-so-distant) and the present is erased, the show goes into a tailspin.

It does not do justice to the inspiration that it draws, if at all, from a pantheon that includes Satyajit Ray's Professor Shonku, an inventor who appeared in 40 adventures from the 1960s until the filmmaker's death; Premendra Mitra's Ghanada, a teller of tall tales who had children agog with his stories of imaginary inventions and 'scientific' breakthroughs; and Adrish Bardhan's Professor Nutboltu Chakro (which translates to "a ring of nuts and bolts"). Neither Prof. Subrata Das nor his crabby mentor Biswajit Chandra Mitra (Piyush Mishra) are a patch on the aforementioned fictional figures.

Since the characters created by Ray and Mitra were targeted at young readers, they were benign gentlemen. Not so the men of science in JL50. At least one of them is not averse to manipulating his knowledge for personal aggrandizement. He is the bad guy. The other one, at first blush, gives the impression of being a voice of reason.

The past weighs heavy on the CBI agent individually as well. Besides a marriage gone sour, the sleuth is confronted with a demented scientist. The calm investigator is told that his bete noire's dimaag (brain) is gold but his dil (heart) is stone.

The academician who guides the investigator through the maze contributes most to the confounding verbiage. He holds forth on the concept of spacetime and wormholes. The sleuth, appropriately non-plussed, agrees to go along with the older man because he has no choice left.

The lecturer, surprisingly and without warning, gets a startling opinion in edgeways. He tells Shantanu that the problem with us Indians is that we are so easily brainwashed that we can't see beyond the Hindu-Muslim and mandir-masjid discourse. That is why, he says, we fall prey to politics driven by andh-vishwas and fail to see the real advantages of possessing a scientific temper.

When we sight a celestial phenomenon in the sky, the lecturer explains, we look up with folded hands and turn it into a spectacle to demonstrate religious ardour. We do not ask questions, he concludes. The professor is spot-on. If only, the rest of JL50 was. The show, not half as sharp-witted as it thinks it is, does not stick to its rational pretentions long enough for it to take full effect.

Abhay Deol and Pankaj Kapur (the latter in particular) try very hard to keep a straight face through it all. As you can imagine, it isn't easy for them - or the audience.