Jhanvi Kapoor Looks Like Sridevi Of Chandni In New Pics 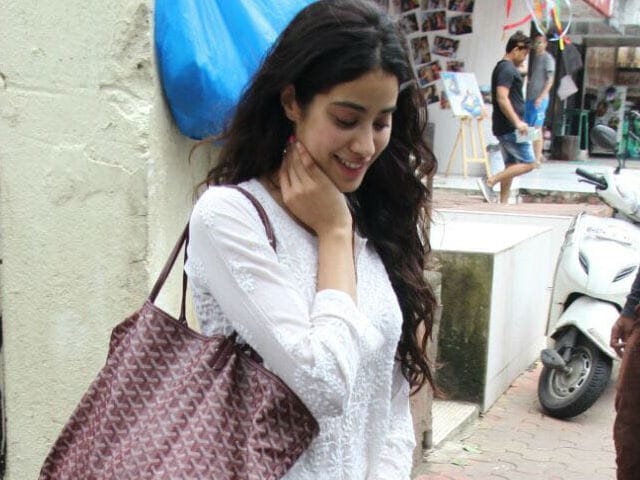 New Delhi: Remember Sridevi in a white outfit and dazzling smile in 1989 film Chandni. Well, there was a deja vu moment when we spotted Sridevi's daughter Jhanvi Kapoor, dressed in a white chikankari kurta and palazzos in Mumbai on Thursday. Jhanvi Kapoor, an aspiring actress, was spotted outside a dance studio in Bandra. The paparazzi clicked as many pictures of Jhanvi as possible as she swiftly navigated her way to her car. We loved that smile, Jhanvi. She looked like a mirror image of her mother from the 1989 film, which was directed by late filmmaker Yash Chopra. Take a look. 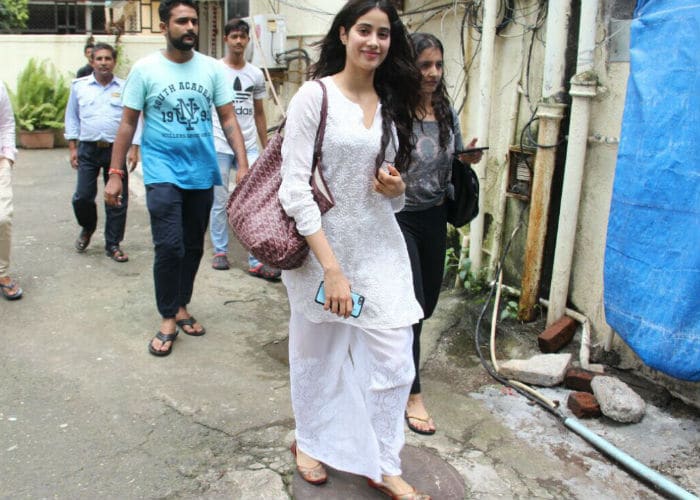 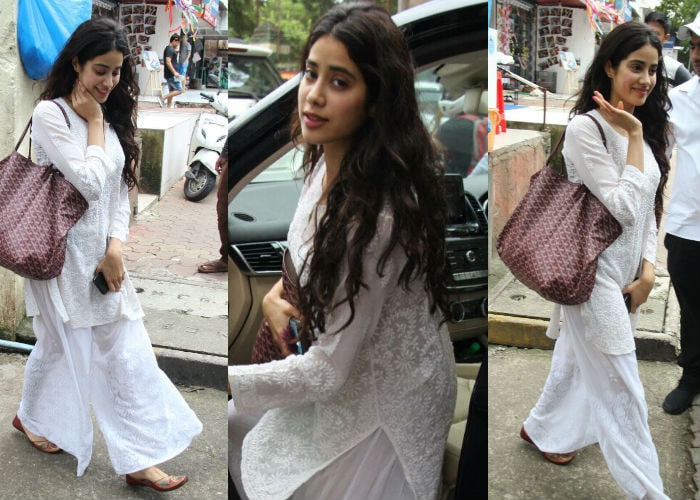 A lot has been written and scratched about Jhanvi Kapoor's impending Bollywood debut, which is being planned by filmmaker Karan Johar, who has launched actors like Alia Bhatt, Varun Dhawan and Sidharth Malhotra. One section of media reports claim that Jhanvi will debut in the Hindi remake of Marathi film Sairat while some reports suggest that Jhanvi's first film will be a remake of Hollywood film Fault In Our Stars.

Promoted
Listen to the latest songs, only on JioSaavn.com
The first set of reports seem more credible because recently DNA reported that Sairat director Nagraj Manjule refused to "guide and instruct" Karan Johar and his team for Sairat's adaptation. "When you are launching Sridevi's daughter you can't have the heroine playing a village girl. Jhanvi will be clothed in the best and shot in the most eye-catching locales," a source told DNA. Sairat's lead actress Rinku Rajguru won the Special Mention National Award for her performance.

Jhanvi Kapoor is Sridevi and filmmaker Boney Kapoor's elder daughter. Her sister is Khushi Kapoor while actor Arjun Kapoor and Anshula are her half-siblings.