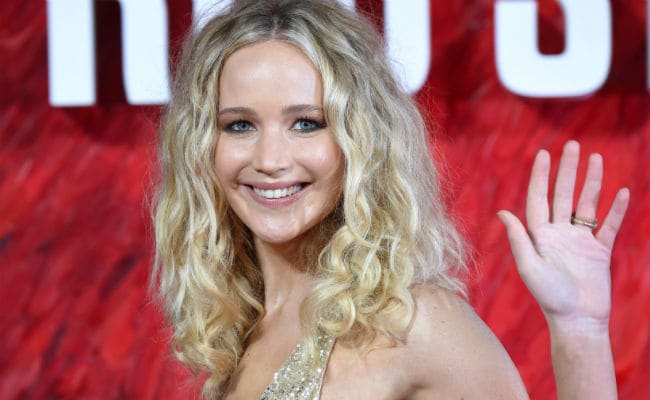 Jennifer Lawrence's life changed in 2014, when hackers stole a trove of the actress's private nude photographs and published them - along with the private photos of several other actresses - on the message board 4chan.

"When the hacking thing happened, it was so unbelievably violating that you can't even put it into words," Lawrence told the Hollywood Reporter. " . . . There's not one person in the world that is not capable of seeing these intimate photos of me. You can just be at a barbecue and somebody can just pull them up on their phone. That was a really impossible thing to process."

Since then, she's generally avoided taking roles that require sex or nude scenes. As she told W Magazine, "I've always been like, 'Absolutely no way' - especially after what happened - 'no way am I ever going to do anything sexual.'"

But then she read the script for Red Sparrow, a movie that hits theaters on Friday. It features Lawrence as a Russian ballerina who attends a sort of spy school where she trains to become an intelligence agent who often uses her sexuality to achieve her goals. The role required a good bit of nudity, something with which Lawrence had to come to terms, as she discussed during an interview with Bill Whitaker on 60 Minutes on Sunday.

Lawrence's discomfort around scenes featuring sex and nudity is well documented. Before filming her first real sex scene with Chris Pratt in the 2016 film Passengers, Lawrence got "really, really drunk" to calm her nerves. She was uncomfortable because Pratt was married in real life. It wasn't a great decision.

The drinking "led to more anxiety when I got home because I was like, 'What have I done? I don't know,'" she said at a roundtable discussion hosted by the Hollywood Reporter in 2015. "I knew it was my job, but I couldn't tell my stomach that."

Being drunk for the entirety of Red Sparrow wasn't an option. So she focused on what bothered her about appearing naked on screen: the fact that the choice to be seen nude had previously been taken from her when her private photos leaked.

"I read this script that I'm dying to do And the one thing that's getting in my way is nudity," Lawrence told Whitaker. "And I realized there's a difference between consent and not."

That isn't to say it was easy.

"The night before I didn't sleep at all and I was obviously really nervous because it is the actual nightmare of standing in front of a classroom naked," she told Today Australia.

It didn't help that in one scene freezing water is poured on her bare skin.

"I was terrified. I don't think I have ever been so scared of doing a movie before in my life. It was a lot of firsts for me," she said. "Cool, so I'm really naked getting freezing cold water poured on me."

Regardless of her fear, as she told Whitaker, "I showed up for the first day and I did it."

She said that she "felt empowered" by filming the nude scenes, as if she'd regained part of herself.

"I feel like something that was taken from me I got back and am using in my art," Lawrence said. "But I did feel like I took the power out of having my body taken from me. I felt like I took it back, and I could almost own it again."

"Nudity by choice is a completely different thing from being violated," she told Total Film. "This was my choice, and it was for my craft. It's important to remember that there is a difference."

Lawrence was originally worried about how audiences would react. As one of Hollywood's most popular actresses, she's often criticized for how she uses her body. When she bared her breasts in Vanity Fair just weeks after the photo leak, some derided her and called her hypocritical.

And just last week, the actress had to defend her choice to wear a slightly revealing Versace dress for a photo shoot in chilly London. She eventually decided she just didn't care.

Promoted
Listen to the latest songs, only on JioSaavn.com
"It's my body and it's my art and it's my choice," Lawrence told Whitaker, adding, "And if you don't like boobs, you should not go see Red Sparrow.'