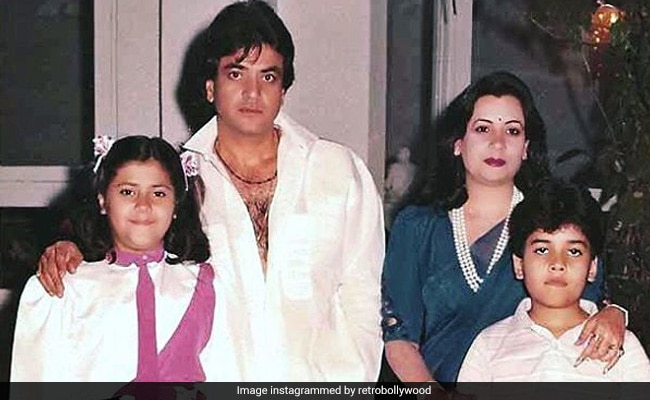 It's always nice when we chance upon a throwback picture of veteran actor Jeetendra and all thanks to his producer daughter Ekta Kapoor, we found one on Friday. Ekta Kapoor shared a throwback picture of her family, originally posted by a fanclub on its respective account, on her Instagram story and made us all nostalgic. In the blast from the past, the iconic actor Jeetendra and his wife Shobha can be seen posing with pint-sized Ekta and Tusshar for the camera. While Jeetendra, Ekta and Tusshar can be seen twinning in white outfits, the actor's wife looks gorgeous in a blue saree. Ekta Kapoor's cute ponytails stole the spotlight on the Internet.

Check out the screenshot of Ekta Kapoor's Instagram story here: 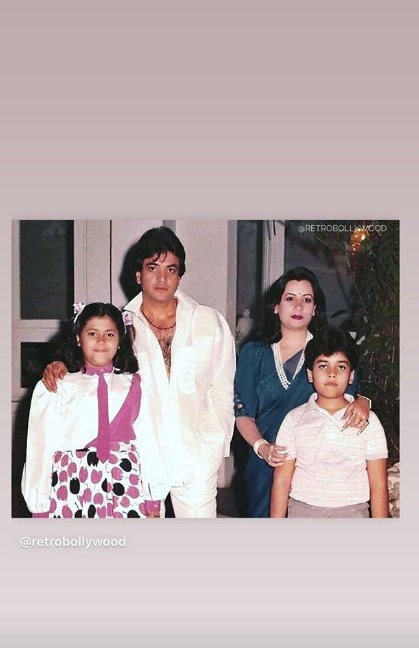 In one of her previous posts, Ekta Kapoor paid a tribute to Rishi Kapoor, who died in Mumbai on Thursday, by sharing a priceless throwback picture of the veteran actor partying with his wife Neetu Kapoor and his close friends from the industry - Jeetendra, Rakesh Roshan, Prem Chopra and Sujit Kumar. Her post also featured a couple of pictures of Rishi Kapoor, Jeetendra, Rakesh Roshan and Prem Chopra from Jeetendra's 75th birthday party, in which they all could be seen having a hearty laugh together. "They will never party again like this! Goodbye uncle and actor par excellence," wrote Ekta in her caption.