Jason Momoa Reveals He Was "Starving, Completely In Debt" After Game Of Thrones

"It's very challenging when you have babies and you're completely in debt," Jason Momoa said in an interview 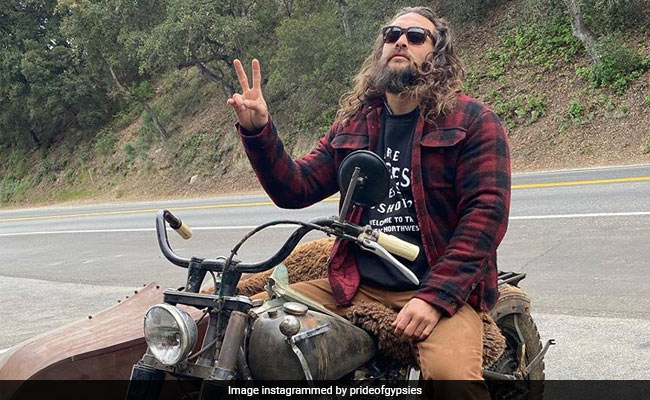 Actor Jason Momoa, best known for portraying the titular superhero Aquaman in the DC Extended Universe set of films, revealed how he was in financial difficulty following his stint as Khal Drogo in Game Of Thrones. In an interview with In Style, Jason Momoa said he was "starving" and struggling to maintain his home in California's Topanga Canyon, because of lack of work. Jason resides in California with his wife, actress Lisa Bonet, and their two children. Speaking to In Style, Jason said: "I mean, we were starving after Game of Thrones. I couldn't get work. It's very challenging when you have babies and you're completely in debt."

In the award-winning show Game Of Thrones, Jason Momoa portrayed the role of Khal Drogo, the leader of a fierce tribe of warriors. He co-starred with Emilia Clarke in the series. Khal Drogo's character featured in two seasons of the show for 11 episodes and killed off in 2012. Following Game Of Thrones, Jason Momoa also featured in shows such as The Red Road and Drunk History.

According to In style, things looked up for Jason Momoa after he was cast as Aquaman in the DC Extended Universe set of films. He had a brief cameo in 2016 superhero movie Batman v Superman: Dawn Of Justice and then revised his role as Arthur Curry aka Aquaman in 2017's Justice League. Jason Momoa's stand-alone film Aquaman released in 2018 and shot top the top of US box office charts.

Jason Momoa will next be seen in sc-fi film Dune, headlined by Timothee Chalamet.