Janhvi Kapoor Would Love To Do A Film With Brother Arjun. "Will Call It Nepotism," She Jokes 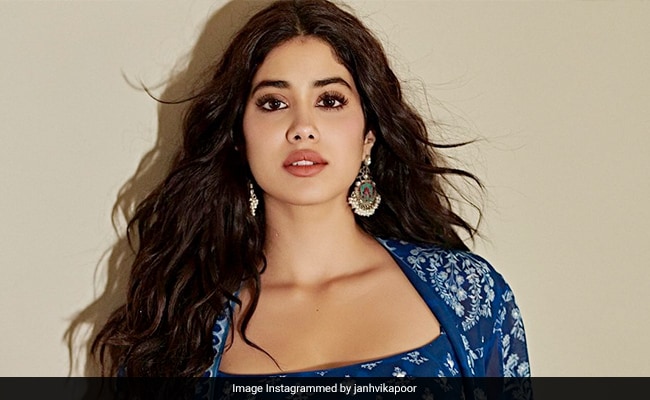 Janhvi Kapoor, who awaits the release of GoodLuck Jerry, in a recent interview with Pinkvilla, was asked about doing a film with brother Arjun Kapoor. To which, she replied, "I hope so. I really hope so. The thing is that I think because we are all working so much...Touchwood...We are not getting to spend as much time together as a family as I would want us to. And I think the most time I have spent with Papa has been during the shoot of Mili because we were creatively doing something together. So I think the only way now to get the family together is to just do a film, and like cast everyone in the family." The actress jokingly said that the film will be titled "nepotism." Janhvi told Pinkvilla, "Maybe we'll have to call it nepotism only because it's all in the family. But yeah I would love to do a film with him."

The Dhadak star, who got a big break with Karan Johar's 2018 film, said, "We've got a lot very easily so if a few people are saying things like nepotism and she doesn't deserve to be here like you can deal with that I think. It's not like, you're getting to do what you love to do so that debate is never-ending."

Janhvi Kapoor belongs to a family of actors. She is the daughter of late superstar Sridevi and film producer Boney Kapoor. Janhvi's brother Arjun Kapoor, cousins Sonam and Harshvardhan Kapoor are also Bollywood actors. Her uncles Anil Kapoor and Sanjay Kapoor are also in the acting business. Janhvi's sister Khushi Kapoor also aspires to be an actress and will make her Bollywood debut with Zoya Akhtar's adaptation of The Archies.

On the work front, Janhvi Kapoor's line-up of film includes comedy Dostana 2, which was meant to star Kartik Aaryan earlier. The film's revised cast has not been announced as of now. She will also be seen in Mili and Bawaal, in which she will co-star with Varun Dhawan. The actress will also star in GoodLuck Jerry, the trailer of which released on Wednesday. The actress was last seen in the horror comedy Roohi, with Rajkummar Rao and Varun Sharma.