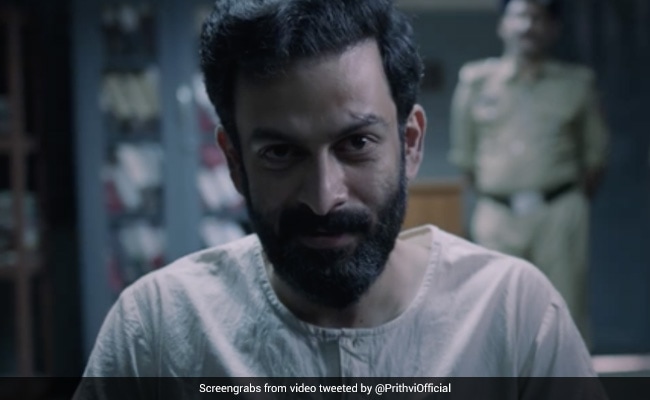 A still from the trailer. (Image courtesy: Prithviraj)

Prithviraj on Sunday announced that his upcoming Malayalam drama "Jana Gana Mana" is set to release theatrically on April 28.

Prithviraj took to Twitter and shared the film's poster announcing its release date.

"'In matters of conscience, the law of the majority has no place' - Mahatma Gandhi. #JanaGanaMana In theatres worldwide from 28/04/2022!" the 39-year-old actor tweeted.

The film is reportedly a face off between a criminal (Prithviraj) and a cop.

The film is written by Sharis Mohammed.