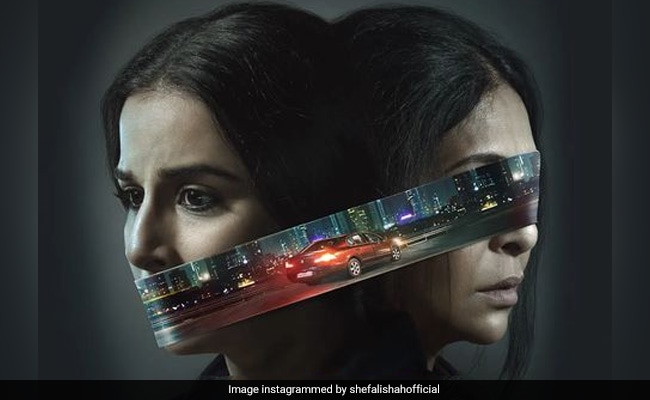 New Delhi: Finally, the makers of Vidya Balan and Shefali Shah-starrer Jalsa have unveiled the trailer. Helmed by Suresh Triveni, the film also stars Manav Kaul and Mohammed Iqbal Khan in pivotal roles. The film will directly stream on Amazon Prime Video on March 18. In the film, Vidya plays the role of a journalist, while Shefali is the victim's mother, fighting for her daughter's justice. Starring two powerhouses, the trailer promises a powerpack crime-thriller. It will take you on a ride of a brutal road accident and how people in power are trying to turn the events.

In the trailer, Vidya's character is strong, a woman who wears her heart on sleeves to voice her opinion. As the trailer continues, she stands in solidarity with her house help, Shefali, whose daughter died in a road accident. After seeing the trailer, one can say that it will keep the audience glued to their seats.

Here have a look at the trailer:

Vidya also shared the trailer on her Instagram handle and captioned it as, "Truth is stranger than fiction! Jalsa On Prime, coming 18th March primevideoin Trailer out NOW!".

While, Shefali shared the trailer video on her Instagram handle with a different caption, that read, "One Truth, many versions!#JalsaOnPrime, coming 18th March primevideoin Trailer out NOW!".

Calling Jalsa a "universal story," Vidya Balan said at the trailer launch, "It is a story of human beings and not only about two women. It is a gripping drama with elements of thrill and I can't wait everyone to watch it. Also, there is never an attempt to put out a message. But after the film, if the audience can relate to something then it is a bonus for us. We are just trying to tell a story and I just want that the audience likes it and appreciates it."

Asked Which Actress She Would Like To See As Amrita In Brahmastra 2, Alia Bhatt Said This