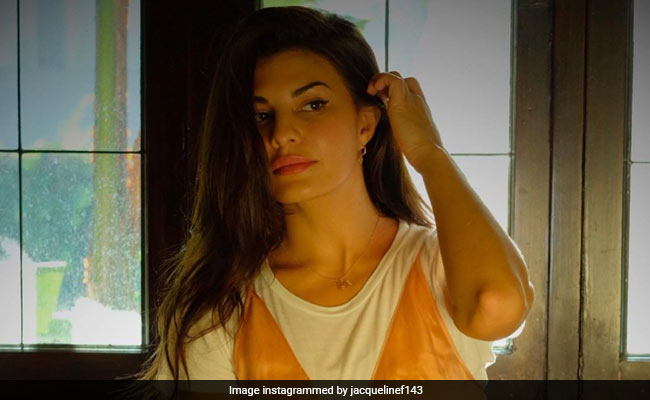 Jacqueline Fernandez has multiple releases lined-up this year. However, her parents wish for her to come back and stay with them in Bahrain (where they currently live), given the spike of COVID-19 cases pan India. In a recent interview with ETimes, Jacqueline Fernandez said, "My friends from Sri Lanka and my parents, who live in Bahrain, watch the news and panic when they see the situation in India. My parents desperately want me to live with them in Bahrain... Even my uncles and cousins in Sri Lanka are asking me to come and stay with them." The actress added that she is adamant on staying back in the country and will finish her pending projects. "However, I am pretty intent on staying put here and continuing the work I am doing," said Jacqueline Fernandez.

The actress' impressive line-up of films includes Bachchan Pandey, alongside Akshay Kumar and Kriti Sanon. She has also signed Ram Setu with Akshay Kumar and Nushrratt Bharuccha. She will also be seen in Attack, opposite John Abraham. The actress will also star in Rohit Shetty's Cirkus, starring Ranveer Singh, and Bhoot Police with Saif Ali Khan, Arjun Kapoor and Yami Gautam. She will also feature in Badshah's music video Paani Paani. She was last seen in the song Dil De Diya from Salman Khan's film Radhe.

Jacqueline Fernandez, who was crowned Miss Sri Lanka 2006, made her debut in Bollywood with the 2009 film Aladin. She went on to feature alongside Salman Khan in several films like Kick and Race 3. The duo will once again collaborate for Kick sequel. The actress has also starred in films such as Murder 2, Race 2, Housefull 2, Housefull 3, Judwaa 2, Mrs Serial Killer and Drive to name a few.