Jacqueline Fernandez: 'My Bollywood Journey Has Been Very Rewarding, Have No Regrets'

Jacqueline Fernandez said: "Whatever I am today is a result of all the choices I made" 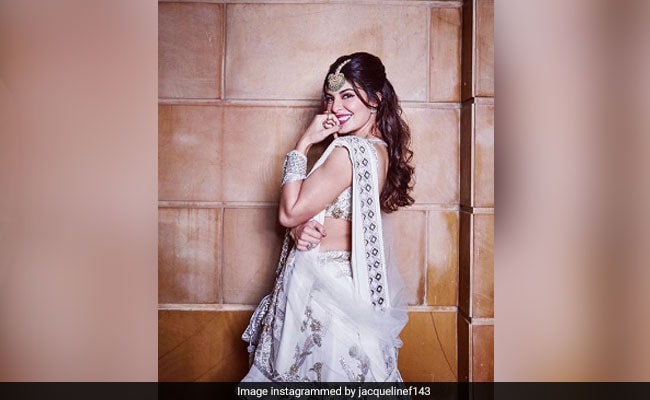 Jacqueline Fernandez credits her success and failure for keeping her balanced and calm. The actress says she doesn't regret any of her decisions. "The journey (in Bollywood) has been very rewarding, I have been blessed with opportunities to deliver my best work with some of the biggest names and films," Jacqueline told IANS in an email interview.

"I look back and feel satiated about the successes and failures because both have taught me to be balanced and calm. Whatever I am today is a result of all the choices I made through the journey so I do not regret anything," added Jacqueline.

After winning the Miss Sri Lanka beauty pageant in 2006, she made her debut in the Indian film industry with 2009 film Aladin opposite actor Riteish Deshmukh. The film turned out to be a dud at the box office, but Jacqueline got noticed and went on to do films like Housefull 2, Murder 2, Kick, Brothers, Dishoom and Judwaa 2.

Jacqueline Fernandez says she has learnt a lot through the journey.

"Meeting new people and coming across new experiences have given me several lessons which have been fruitful in not just dealing with the challenges in the industry but also the way of life. The love and support of the audience is my biggest asset that I have earned in my professional career," added the actress.

Asked about what she wants to try next, Jacqueline, who skipped an IANS query on the impact of #MeToo movement in Bollywood, says she loves to be surprised.

"So even I am looking forward to the next challenge," she added.

Talking about her association with the shoe brand, Jacqueline said: "I have always loved the late 1990s era when it comes to fashion, especially the dad hats, jeans and the chunky sneakers have always been my favourite. I was extremely delighted to be a part of the launch of the new range. Being in the showbiz, I love being up-to-date and my interest lies in casual, trendy and comfortable style of footwear." She feels shoes let you express "yourself and the mood".

"You can achieve a look of choice with the perfect shoes," said Jacqueline, whose Sri Lankan film According to Matthew featured in Reminder List of Productions eligible for the 91st Academy Awards.

When it comes to picking brand endorsements, the actress says she is "very particular" about this. "It is very important that the brands I choose are environment friendly. I would never endorse a brand that in any way harms or hinders animals," she added.

On the work front, she will soon be seen opposite Sushant Singh Rajput in Drive, scheduled to release on June 28. The Dharma Productions' project was earlier locked for release on March 2, 2018. Then it was later announced that Drive, which is said to be a heist drama, will race to cinema halls on September 7.